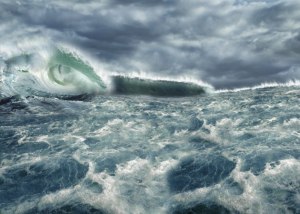 The ad spend canary has limped across the financial year line in negative territory.

The media agency market closed the financial year 1.4% lower to $6.93 billion, excluding government, compared to a record result in 2017-18.

Revenue was flat in the first half but then fell by 2.9% in the second six month to pull the full year results lower for the first time since 2012-13.

Last year’s record was exceptional, with the financial services royal commission, Commonwealth Games and various by-elections and state elections all combining to deliver a record level of ad spend.

This year the market has been plagued by a lack of business confidence, global political uncertainty and a tighter credit market post the financial servcies royal commission.

Retail’s media investment moved above $700 million for the first time and Travel’s grew to now be above $400 million.

The June result, a 1.5% fall, was the lowest reported since November last year, exclufing the abnormal election impact in May.

However, it was still the ninth month in a row to see a fall in agency spend.

In June the market failed to move back into positive territory due to lower-than-expected level of late digital bookings, with that media reporting a 1.9% fall in June bookings while the overall market was back 1.5%.

Outdoor reported the only significant June gains (+7.3%) although Metropolitan TV bookings are up 1.8% if SBS’ results are removed to normalise for last year’s Soccer World Cup broadcast.

Among the key ad formats, Digital Outdoor reached 53% of the value of all Outdoor bookings last financial year, while in the traditional Digital media Video Ad Format ad spend moved beyond 20% of the value of Digital inventory for the first time.

"As SMI’s data history has shown, it’s very unusual for the agency market to not grow and it’s taken an unprecedented number of negative events to deliver this knock," says Jane Ractliffe, SMI AU/NZ Managing Director.

"But we’re seeing numerous local and global issues come into play at the same time which have had the combined effect of significantly reducing business confidence and therefore ad spend."