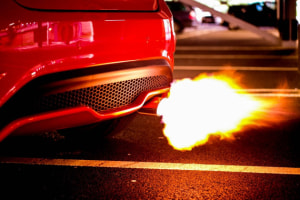 Ad spend, as defined by media agency bookings, was a record $852 million in November 2021.

And the surge continues, with early data for December showing that 97% of last December’s total ad spend already confirmed, with digital spend excluded.

"Given the level of uncertainty within the economy, it’s incredible to see such a resilient advertising market in November with the total media investment of $852 million a monthly figure a level of ad spend that has never before been achieved in Australia," she says.

November was also notable, with both Australia and NZ showing digital media has overtaken traditional TV to emerge as the largest stand-alone media.

However, if traditional TV and its related Digital BVOD bookings are combined the `Video’ media remains the largest media.

Radio delivered the highest percentage growth in ad spend in November (+8.5%) while COVID restrictions again affected Outdoor and it reported a flat result.

And an extra Sunday last November hurt both the Newspapers and Magazine media this month given one less edition.

The Government category continued to underpin total ad demand, emerging as the third largest category after lifting bookings a remarkable 41.1%.

That partly offset the ongoing declines in Auto Brand ad spend with that total back 19.3% in November as restricted supply lines dampen demand.