SMI - Ad spend up a better than expected 2.7% in October 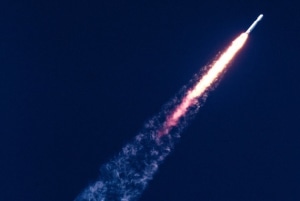 Ad spend, as measured by media agency bookings, rose 2.7% in October despite a dip fall in TV bookings, according to analysis by SMI (Standard Media Index).

The numbers are being compared to October last year when ad spend on television soared during the delayed AFL and NRL finals.

The Australian market has now reported nine months in a row of higher ad spend.

"Given the huge influx of ad spend to Television last October as the AFL and NRL finals series moved due to COVID and of course the ongoing COVID restrictions in most states in October this year, we had expected the overall market to deliver lower or maybe stable year-on-year levels of ad spend so this higher result does underscore the level of underlying demand now in the market,’’ she says.

Higher digital ad spend boosted the market – mostly due to stronger gain at social media sites – but outdoor also continued its COVID recovery by reporting a 12.7% increase in ad spend despite lockdowns.’

Stronger Government category ad spend continued into October with the total up 60.5% year-on-year as the COVID messaging continued.

Retail remained the largest despite total investment dipping 9.4% year-on-year mostly due to an unusually low level of October bookings from supermarkets.

On the positive side, the stronger October ad demand has fed through to the market’s financial year-to-date figures, which now show total bookings to be up 20.7% on the same four months of last year to a level which is $95 million above the amount spent over the same period in 2019.

The Australian market has now grown 23.2% over the first ten months of the calendar year to a level well above the amount spent in 2019.

Also in October, SMI has introduced the market’s first view of ad spend in the Buy Now Pay Later market by creating a new sub-category within its broader Financial Services category.