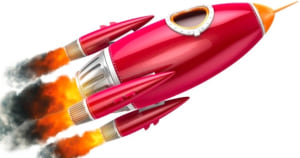 Media agency bookings in April soared by 39.7% year-on-year to $584.4 million, according to the SMI (Standard Media Index).

And forward bookings show advertising demand in May is 50% ahead of the same month last year and already stronger than April this year.

She says the market is in unchartered territory with never before seen meteoric growth.

"We all know these huge gains are coming from a very low base but even so it’s hugely encouraging to see advertising revenues flow strongly across our major media after such a prolonged period of reduced advertising demand," she says.

For the month of April, five of seven major media are reporting strong double-digit growth with TV bookings up 44.2%, digital bookings growing 45.8% and outdoor returning strongly to the market with growth of 48.7%.

The stronger demand is also continuing into June with the total value of June bookings just 2.3% (or $7.2 million) below that reported for all of June 2020.

Outdoor, hit hardest during the depths of the economic fallout from the pandemic in 2020, is leading the early May growth with bookings more than doubling (+126.2%) comapred to last year.

Ad spend on cinema media is also rebounding after the forced closures last year with total bookings for May already up 88%.

The huge advertising growth rate being reported in Australia in April is still below what SMI is reporting in most other sophisticated media markets, with the Canadian market leading the way with April growth of 74.9% - although the Canadian ad market was the worst affected by COVID last year – followed by NZ where ad demand in April soared 56.1%, then the US (+43.2%) then Australia and then the UK (+24%)

Online Retailers significantly grew TV investment in April but reduced spend to digital media with lower investment in  programmatic and search not offset by higher spending on social media. But in the same month discount retailers substantially grew ad spend to both TV and Digital media.

And even though TV is continuing to report large growth in May it will increasingly face more pressure as rival media re-emerge from COVID.

"In May we can already see travel will report mind-boggling growth with total ad spend so far up 525% year-on-year, representing an extra $15 million in ad spend," says Ractliffe.

"But SMI’s data also shows TV’s share of this growing category is waning (back to 53% from 57.4%) as outdoor audiences return (pushing its share of travel one percentage point higher to 19.4%) and other media like rRadio also become more aggressive in seeking the returning ad dollars."

The stronger April results have now pushed Australian ad spend this calendar year up 9.2% on last year and the total is just 6.1% shy of the level achieved for the same period in 2019.

Financial year-to-date results have also significantly improved with ad demand now relatively stable at 0.9%, ensuring a positive financial year result once the higher May and June data is added.

"Given the Australian media market has suffered through the toughest financial year in its history the fact we will report higher ad demand for the financial year is simply incredible,’’ Ractliffe says.

"It’s a huge testament to the resilience of our industry that we have been able to manage through such a monumental decline in the ad revenues that supports us and to come out the other end in reasonable shape. It suggests a great future is ahead for Australian media as we continue to evolve to meet our changing audiences."