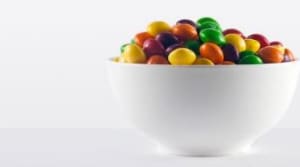 Skittles’ parent company Wrigley has been applauded after releasing what has been called the “best corporate response ever”, after it was embroiled in the latest round of Trump furore.

Overnight Skittles were unwittingly used in a confusing metaphor by Donald Trump Jr. when he compared refugees to a bowl of the sweets, tweeting the question: “If I had a bowl of Skittles and I told you just three would kill you, would you take a handful? That's our Syrian refugee problem.” 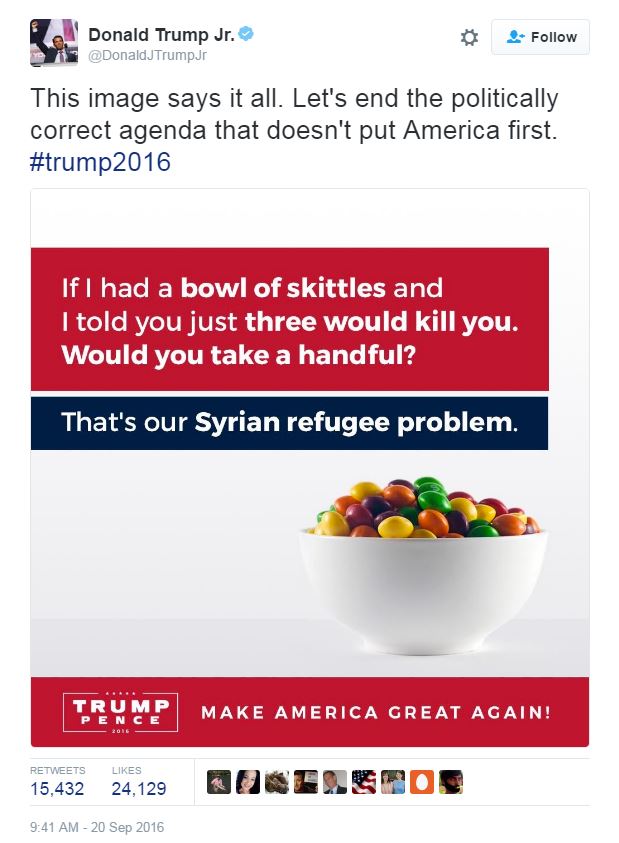 Instantaneously the internet erupted, slamming the presidential candidate's son calling him everything from an idiot to ignorant, however when Wrigley issued a response the tone of the social chatter shifted.

Wrigley’s vice president of corporate affairs, Denise Young, said: “Skittles are candy. Refugees are people. We don’t feel it’s an appropriate analogy. We will respectfully refrain from further commentary as anything we say could be misinterpreted as marketing.”

PRWeek said this message was the best corporate response ever and an agency executive speaking to Digiday said this was the ideal response on Skittles’ part and completely in line with its zany brand identity.

Digiday also highlighted that according to Brandwatch, Skittles has been mentioned over 262,000 times online since September 13 with over 243,000 mentions coming in the past two days. The Trump Jr. tweet was sent at 7pm US time and Skittles saw its mentions increase by over 11,300% after that.