Skirmish over workplace bullying in the advertising industry 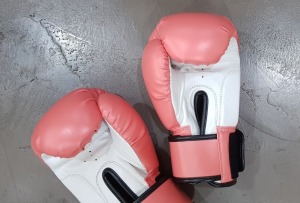 The issue of workplace bullying has sparked a public skirmish between a prominent consultant, who runs competitive pitches for brands with big budgets, and the bodies representing the advertising industry.

Industry insiders say the advertising industry isn’t keen on a pitch consultancy telling it what to do when it comes to responding to workplace bullying, harassment and assault.

The consultancy, TrinityP3, wanted the industry bodies to help provide assurance to advertisers on the validity of their choice in the agencies they partner with, rather than relying on rumour and gossip about an "endemic and ongoing problem".

The Woolley pitch -- which he says was sparked by inertia on the issue -- has been an open secret in the industry for some months but hasn’t been publicly canvassed until now.

The move was greeted with suspicion. The industry didn’t need a consultancy running policy on an issue which needed to be tackled by all parts of the industry, insiders said.

When the industry, according to Woolley, said “No” he announced that TrinityP3 would be requesting that any agency wanting to be considered for a TrinityP3-organised pitch complete a statutory declaration of their status and processes regarding workplace bullying, harassment and assault.

Insiders say any agency presented with a statutory declaration would in any case get this checked by lawyers. Industry bodies wouldn’t be able to do that.

Two other pitch consultants, pushing with TrinityP3, dropped out with the rejection from the industry bodies.

AdNews has confirmed that the industry rejected the proposal in a confidential letter.

Woolley says he consulted widely with those at the advertising coalface before approaching the industry bodies in March.

“Then in late May the industry bodies responded, completely dismissed our suggestions and concerns,” he told AdNews.

“We have been contemplating what we can do as they were clear in their belief this was too hard and not required.

“In the end we have taken the only action available to us.

“While it is not perfect, it was the only action we could take, other than continuing to be complicit through silence.”

The Media Federation of Australia (MFA) says Woolley’s pitch arrived only this week.

Woolley says this is untrue. “While it may be convenient to suggest they have been hijacked, the fact is we raised this issue officially more than three months ago,” he told AdNews.

Sophie Madden, CEO of the MFA, in a statement: “The safety of industry employees has always been, and continues to be very important to our board and members, and we welcome any initiative that increases accountability and supports safe and respectful workplaces.

“The MFA will continue its ongoing work on formulating appropriate industry support services for our membership – including guidance, training, minimum standards and policy advice – in addition to the Employee Assistance Programs (EAPs) many of our members already have in place.”

“We remain open minded on initiative suggestions, and we are assessing P3’s proposal, which we received shortly before 5pm on Friday, July 1.

“We believe consultation and a considered, whole-of-industry approach that includes clients and media owners is the best way forward.”

The ACA and IMAA have so far not commented.

Wooley, writing in LinkedIn: "In the past year, we have become increasingly aware that issues related to workplace bullying, harassment and assault were still occurring in the advertising industry. Too often these issues are framed as historical, and that the industry was 'not as bad as it was'.

"But you only have to look at the stories and concerns that emerged at recent International Women’s Day events to realise the issues are still very apparent and directly affect this generation of adland employees.

"These issues that we whisper about are an endemic and ongoing problem. We discuss it over drinks, we console friends, colleagues, even family, who might have been impacted, but no one takes a stand.

"No one in power moves to force change.

"Our fear is that it might impact business. It gets rolled into the too-hard basket. But the reality is marketers and brands are left exposed by ignoring these issues. After all, who wants to deal with the backlash of choosing to work with an agency that allowed issues of bullying, harassment or worse to go on?

"Instead, we are weighed down by a collective inertia to an industry-wide culture of silence. And we are all made complicit."