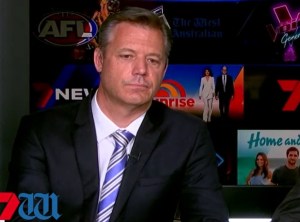 The media group reported its full year results, including a 240% increase to $125.5 million in underlying net profit after tax and a 40% reduction in net debt to $240 million.

The results announcement included the statement: “We have reignited the Seven West Ventures strategy, with several new investments underway, and the portfolio increasing in value by 11% to $56 million.”

He also said: “All of this, particularly the improvement in our balance sheet, puts us in an excellent position to work with new partners and/or towards consolidating the media sector. We are pursuing several options in these areas."

At a briefing of analysts, Warburton was asked what types of assets he may be looking to purchase.

"We're very close to three investments," he says. Three are in documentation stage and another three or four are being looked at.

As to what type of investments, he would not reveal but did say he's staying within the business to consumer sector.

From an M&A viewpoint, with the balance sheet in good shape, Seven West had "specific areas of the business that we're looking at".

A clue is Warburton's focus on content an the stragegic vision Warburton has been pursuing since appointed CEO two years ago.

He said: “Seven West Media is unashamedly a content company. Our content-led growth strategic pillar underpins our plan to return to market leadership across linear and digital television, with a focus on younger demographics."

Warburton says the company's improved performance has been driven by the relentless pursuit of the three strategic priorities introduced in the second half of calendar 2019.

“Those priorities – content-led growth, transformation, and capital structure and M&A – sit at the core of our three-year plan and they remain our focus," he says.