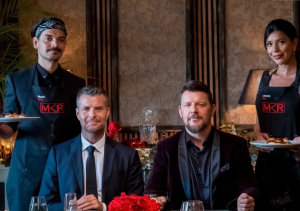 Seven has revealed its content lineup for 2022 which includes new drama and the return of reality cooking show My Kitchen Rules.

The network revealed the lineup at today’s Upfront presentation, along with new products around shoppable content and a rewards program.

“As Australia re-opens, businesses and consumers are ready to kick start their lives,” Warburton says.

“Seven’s impressive first quarter 2022 content, including the Olympic Winter Games Beijing, and our Kick Start 2022 packages will give our clients a real competitive edge and a strong share of voice.”

The Voice, Big Brother, Big Brother VIP, SAS Australia, Farmer Wants A Wife and Dancing With The Stars: All Stars will return.

Seven is also bringing back My Kitchen Rules, which was cancelled last year amid low ratings, with a lineup of new judges.

“We have spent the past two years refreshing and reinventing our content across broadcast and digital, and the results speak for themselves,” says Seven Network director of programming Angus Ross.

“The return of My Kitchen Rules is particularly exciting for us and for viewers. It was the biggest show on TV for many years and we’re taking it back to its roots. We don’t want to give away too much right now, but it will be the original and the best My Kitchen Rules, reinvented for 2022.

“In addition to the new tentpole shows, 2022 will bring the compelling new Australian drama Claremont, two new factual series in Strike Force and Code 1: Minute by Minute, and the best of new British drama from ITV.”