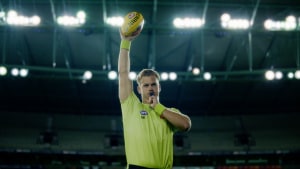 Seven West Media's revised broadcast rights deal with the AFL will save the media group $87 million.

The contract with the AFL covers the current agreement to 2022 plus an extension of two years for seasons 2023 and 2024.

The company told the ASX last night it expects to derive $87 million in net benefits over the existing contract period to 2022 in media rights reduction, production savings and other benefits.

The AFL had been pulling in $416 million a year in broadcast rights from Seven, Foxtel and Telstra but media owners have been pushing back on sport broadcast rights, saying they are too expensive and make a loss.

Some sources put the total "improved terms" for Seven at $70 million and Foxtel at nearly $30 million.

"The AFL and Seven are a core part of each other’s DNA, and we are delighted to have not only reached a revised agreement for the current contract term, but to have extended our relationship for a further two seasons taking the agreement through until the end of 2024," says Seven West CEO James Warburton.

"I’d like to thank AFL CEO Gillon McLachlan and the AFL Commission for their commitment which gives certainty to both parties over the next five years.”

The 2020 AFL season restarted last night with Collingwood and Richmond -- a draw with both scoring both teams finishing with 5.6 (36) -- in round two, the first of 16 home and away rounds to be followed by a four-week finals series and a Grand Final on Saturday, October 24.

“We are really pleased we have reached agreement with both broadcasters over the remaining three years of the agreement and extended our partnership with Seven Network for two years,” he says.

“It has been a challenging period for the game and will continue to be but, we are incredibly fortunate to have long-term broadcast partners who share our commitment to expanding our game and our reach to an ever wider audience. This deal only adds to our confidence in the ability of the industry and is a key pillar in the industry working its way through this challenge.

However, he says the football community still faces significant financial challenges over the coming years.

"We must remain vigilant on balancing investment in the next generation of participants and players while maintaining discipline on costs," he says.

Foxtel CEO Patrick Delany: “It’s been a long road back for footy and working through the impact of COVID-19 on the game has been tough for everyone involved - fans, players, clubs and the AFL and its broadcast partners. We have a great long-term partnership with the AFL and we are incredibly pleased to be in a position to have footy back on Foxtel."

The new AFL deal is part of a downward trend, started before the coronavirus cut into live games, in the value of broadcast rights of major sports.

Nine and Foxtel made substantial savings in a new broadcast rights deal with the NRL. The savings for Nine in the 2020 calendar year amount to about $66 million.