Seven’s Warburton on that other network blocking daily BVOD numbers 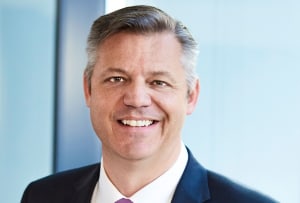 The release of BVOD numbers daily to reflect a true national audience is being blocked by a major television network, according to Seven West Media CEO James Warburton

Being able to present aggregated total audience numbers, both broadcast and streaming, to advertisers is increasingly important.

Total TV is the new name of the game, as consumers change viewing habits, watching sport and other events on the go via streaming.

Asked which network was stopping daily, rather than just weekly, release of BVOD rating numbers, Warburton said: “It’s not us.”

Such decisions are made at a board of directors level at OzTAM, an independent company owned by major commercial television broadcasters -- Seven, Nine, 10

Warburton: “For more than two decades, our industry audience data has not changed with the times and has ignored the fundamental shift in the way people are watching TV. Linear overnight viewing numbers are our smallest numbers, yet we keep sending them out every day.

“All networks need to greenlight the addition of BVOD viewing to the overnight linear viewing numbers to create an industry-wide daily total TV report.

“The seven-day total TV data sent out each day by OzTAM is great for telling the catch-up viewing story over the previous week, but it is not enough.

“We are capturing overnight BVOD viewing data and we should be providing that information publicly.

“It makes no sense to hide overnight BVOD viewing information from public gaze. As an industry, we need to be celebrating our success and the strength of free-to-air TV across all platforms.”

He says that in the capital cities, Seven is #1 in total people so far this survey year and the only commercial network that has increased its audience shares in total people, 25 to 54s and 16 to 39s.

Warburton says Seven’s 7plus is number one nationally, with a 45% share of the commercial free-to-air BVOD market in 2021-22 and more than 12.5 million registered, verified users.

He says the success of Seven’s broadcast and BVOD content means it is well positioned to capture the #1 position in terms of advertising revenue across the 2021-22 financial year.

“The acquisition of Prime has made Seven the undisputed leader in total TV nationally, giving clients access to the #1 position in all demos,” Warburton says.

“We are #1 in broadcast and 7plus is the fastest growing BVOD service in Australia.”

Warburton predicted Seven would maintain its number one position in total TV across the rest of 2022 thanks to a strong line up of content, including the 2022 Commonwealth Games, which kick off on July 28.