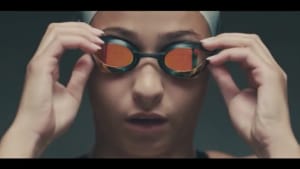 Seven's Olympic coverage helped it produce a more dominant month than the 44% Nine achieved for London 2012. It also helped Seven's digital assets score a new PB - SMI says if Seven's Olympics digital channels were a stand-alone digital business, it would have been the eighth largest digital group in Australia.

"And as this digital advertising is embedded within traditional TV content the amounts can be added back to the TV ad spend results in the future, just as SMI has already done with the newspaper and magazine media.

"It’s another example of how content-based media are increasingly monetising their content online, which means the historic view of media in separate 'media silos' is rapidly becoming outdated."

The Australian's media editor Darren Davidson reports that Seven's Olympic advertiisng "haul" is estimated to be worth between $120 million to $130 million.

While the Olympics have provided Seven win a huge boost, elsewhere the story was grim. The two largest categories both shrunk, TV (excluding digital) declined 2.6% and digital suffered a 5.4% drop, it's largest interim YOY decline.

Part of this could be due to advertiser reluctance to compete against the noise generated by the Olympic Games.

Schulze said another reason could be caution after the Federal election spending boom, although there was some lift in the government category from census ads.