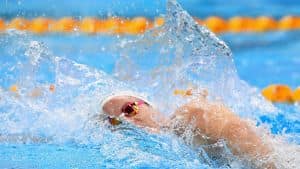 The Seven Network's plans to charge users to gain access to all its Olympics content is exploiting a loophole in the current media regulation, says CEO of the subscription television industry body ASTRA, Andrew Maiden.

Maiden expressed this view to The Australian after the paper revealed yesterday that Seven is set to launch a subscription service through its Olympics app and charge viewers between $20 and $25 to watch any sporting event from start to finish.

The ASTRA boss told The Australia: “This development proves the absurdity of a rule that bans subscription TV from buying the Olympics but allows so-called free-to-air networks to charge Australians to watch.”

“It is only a matter of time before Seven and then Nine extend this paid service to other sports. Seven has proven for the world to see that the anti-siphoning scheme cannot continue to exist in an online world. The exploitation of this loophole is only possible because the mechanism was drafted 20 years ago, before the internet was a twinkle in the regulator’s eye,” he added.

According to The Australian the Seven network is set to broadcast and stream roughly 1000 hours of free live sport from Rio, with an additional 2000 hours available through the paid service.

Earlier this year, AdNews spoke to Seven chief revenue officer Kurt Burnette to get more details about its Rio Olympics coverage and the value to advertisers.

Seven's news comes at the same time that Optus is slashing its EPL streaming fee to lure customers to the Telco.

Earlier this year all the major media players submitted documents to the Senate Enquiry assembled to investigate the current media legislation.

The senate inquiry was looking into if the Broadcasting Services Act 1992 and the '75% reach' rule and the 'two out of three cross-media control' rule should be amended. The media industry was optimistic that there would be some change. However with the election being called, media reform was put on the back burner.