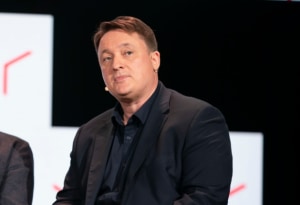 Seven chief digital officer Clive Dickens has resigned from his role, taking on a newly created position at telco Optus as VP for television, content and product development.

Dickens, who joined the business in 2015, was bought on to advance the growth of its digital platforms, namely its broadcast video on demand service (BVOD) 7Plus.

During his time with Seven, he has led multiple initiatives and product developments to drive each of the network's digital assets, while also being outspoken on the importance of data privacy within the industry.

“Clive has had a huge impact on our company and been one of the key members of the team driving our transformation. We have a lot to thank him for," Seven CEO Tim Worner said.

“Seven is now a very different company from when Clive joined. We have built a world-class digital product and technology capability with market-leading consumer products, which five million Australians use each month. Digital revenues and EBIT are growing rapidly across the group.

As a result of Dickens departure, Seven has also reshuffled the senior leadership within the digital team.

Finally, Will Hedberg, Seven's digital commercial director, will take on the role of head of digital finance.

“I’m particularly proud of all that we have achieved with 7plus, and our streaming platforms across two Olympics, three Australian Opens and four Melbourne Cups,” Dickens said.

"But most of all I’m so proud of my team – they are some of the very best and most talented digital professionals in Australia and it’s been a pleasure working alongside them."