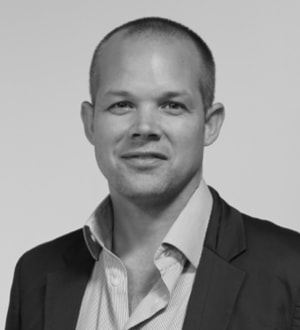 Speaking to AdNews, SWM digital sales director of over the top (OTT) Video, James Bayes, says programmatic is increasingly the dominant form of transacting on long-form video, with more than 60% of Seven’s BVOD inventory traded this way.

"We have now essentially formulated a bridge between those two platforms that didn't exist there before which is allowing us to trade audiences programmatically for the first time," Bayes says.

"The macro trends are obviously massive growth in video, huge growth in programmatic and a really significant drive from the market to want to trade more intelligently around audiences."

The move follows "significant investment" by Seven into it's OTT streaming products, mainly the launch of 7Plus.

Having rolled out user registration on web and mobile in recent months, Seven has rapidly scaled it’s logged in user base, with three million users engaged with Seven West Media OTT products in April (Nielsen UA).

"The other really significant piece to that to is really just around the - we've gone down a non-mandatory log in path for Seven Plus," he says.

"But we also want to create a platform - and in this age of transparency and authenticity and integrity in relation to how you work with your audiences, we want to create a really tangible transaction between the consumer and ourselves so that there's a really meaningful benefit as to why they would want to log in."

Bayes didn't rule out the option for there to be a paid model for the 7Plus platform, with Seven already introducing a similar offer during the summer and winter Olympics.

"Free is certainly at the core of who we are, but I think over time we'll start to investigate all models," he says.

Seven has also recently launched user registration onto mobile and web, with Connected TV coming "very shortly" as well, as well as a range of member benefits and member features over the back half of the year.

At the moment, 7Plus allows users to watch programming without logging into the app, however, new account holder features will now include live stream pausing and the ability to pick up a show at the last place you left it, even if using another device.

“We are delighted to be working with Seven as they push the boundaries of digital video and audience targeting," Telaria  APAC VP Juliet Stead says.

"With programmatic increasingly becoming the dominant form of transacting on long form video, we are bringing a truly sophisticated technology offering that will see increased value for Seven as well as for their clients.”