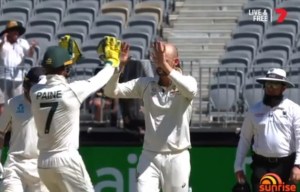 Seven West Media has told Cricket Australia it is considering terminating its free-to-air broadcast deal over uncertainty on the makeup of the summer season.

CEO James Warburton says the season isn’t an “acceptable product”. The schedule is due to be released in the next two weeks

"We are forced to consider all our options including terminating the contract and we have put them on notice," Warburton told The Australian in an interview.

Warburton says Cricket Australia, which he calls “most incompetent ­administration I’ve ever worked with,” has an obligation to deliver a competition of no lesser standard than the past.

The broadcaster has won significant reductions in broadcast rights fees from the AFL after the pandemic cut into the playing season.

Cricket Australia says it is committed to delivering a full and compelling summer of cricket.

"With the Australian men’s team having already landed safely in England for their return to international cricket (from next week), we want to reassure fans here in Australia and around the world that we are well advanced in delivering our home summer of cricket,” a spokesperson said.

"We continue to navigate our way through the challenges presented by COVID-19 with the support of all our partners, including governments, sponsors, bio-security experts, state and territories associations and the Australian Cricketers’ Association."

Interim CEO Nick Hockley was last week confident of delivering a full schedule of international and domestic men's and women's matches despite the challenges of the pandemic.

"Bio-security and health and safety of the players throughout the summer is absolutely the number one priority," says Hockley.

"And creating hubs and concentrating content as the other sporting codes have done during the winter is something we’re likely to have to do, certainly in the early stages of the season.

"We are hoping the situation improves and clearly it’s going to be a busy and full summer, for both the international playing group and also the domestic group and the W/BBL.

"As soon as we've got a bit more certainty around the approvals for quarantine arrangements and the like then we'll be making some announcements.”