Seven head of sport Saul Shtein to depart after 15 years 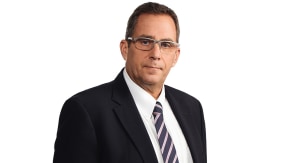 Seven's head of sport, Saul Shtein, will exit the business following the conclusion of the current AFL season, which has its grand final next week.

Shtein has been with the network for over 15 years and has been a major part of the network's numerous sporting rights deals over the years.

Most recently, he has managed key events including the launch of Big Bash and Test Cricket on Seven, following the joint rights deal between the network, Foxtel and Cricket Australia.

He has also overseen other major sporting codes on the network, including Tennis, Horse Racing and the Melbourne Cup, AFL and several Olympic Games.

“We’re very grateful for all his service over the last 15 years with the network,” a Seven spokesperson said.

Industry sources have speculated that the former APN Outdoor boss has plans to shake up the current executive leadership team and bring in his own people as part of a restructure to the overall business.