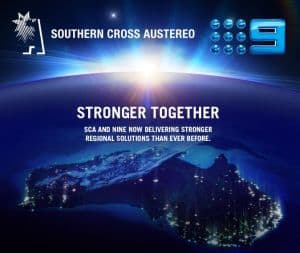 Earnings before interest, taxes, depreciation and amortisation (EBITDA) increased 2.8% to $167.7 million over the period.

SCA CEO Grant Blackley says the year was “centred around positioning the company for further growth”.

This includes major deals with Vevo and Australian Traffic Network and its new regional affiliation deal with Nine Entertainment Co.

“SCA’s radio and television businesses are consistently outperforming the market, with improved audience share, consistent reinvestment in our content and marketing and a continuous focus on stronger monetisation of our assets,” Blackley says.

“Our new television affiliation with Nine Entertainment Co will deliver considerable growth in FY17 following a seamless transition on 1 July 2016.

“As evidenced by new partnerships with Vevo and Australian Traffic Network, FY17 will see Southern Cross Austereo further improve its depth as one of Australia’s most diverse media companies with a broad range of media assets.”

SCA also noted it expects positive results in its FY17 guidance, placing EBITDA in the range of $177m to $183m up 6% to 9% and with revenue growth expected to be strong in television.