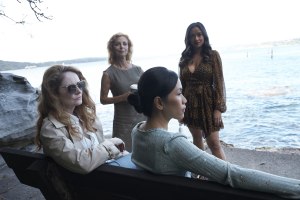 SBS is doubling down on local content next year, revealing its biggest commitment to local commissioned content for both drama series and one-off documentaries.

“2020 has demonstrated the distinctive and vital role of SBS as a contemporary, multilingual Australian broadcaster - part of the very fabric of our multicultural Australia - in an extraordinary way,” says SBS managing director James Taylor.

“We are reaching and engaging with more Australians than ever before, and next year we will continue to support diverse communities, reflect and celebrate contemporary Australia in all its glorious diversity, bring Australians together and connect with audiences in a way that others can’t.”

SBS On Demand, which has nine million registered users, will premiere 160 hours of new drama every month next year. The platform will add three languages to its end-to-end multilingual experience, with Hindi, Korean and Vietnamese to be introduced.

“New technology enhancements, including partnering with TEG Analytics and Adobe, and the introduction of in-language targeting, will allow advertisers to more effectively reach and connect with audiences.

“With marketing budgets under more pressure than ever, including SBS in your media schedule can be a small step to making a big difference for clients. In what we call the SBS Butterfly Effect, we can demonstrate that by moving 10 per cent of a client’s TV advertising budget to SBS, the overall TV campaign cost can be reduced by 30 per cent. That’s the commercial benefit of a hard to reach audience.”

After being cancelled this year due to the pandemic, Eurovision will return to SBS in 2021, as well as Tour de France, the US Open Finals and the National Basketball League. SBS is also continuing its investment in the food category with the new 200-episode series, The Cook Up with Adam Liaw.