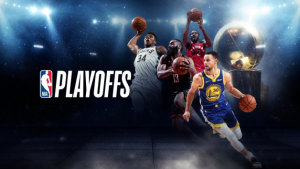 Industry sources say the network is expected to sign final contracts in the coming weeks. SBS is expected to broadcast up to four games a week of the regular season and an undisclosed amount of the finals period.

AdNews understands that the rights deal was snapped up by SBS with limited interest from other networks.

Currently, in Australia, ESPN has the sole rights to the league, airing up to 188 regular-season games including 53 playoff games with the entirety of the Eastern and Western Conference Finals and every game of the NBA Finals and All-Star.

SBS would not comment but an ESPN spokesperson told AdNews there would be no impact on the current rights deal it has with the NBA.

Currently, ESPN broadcasts the NBA through its channel arrangements with Foxtel and has the right up until the end of the 2025 season.

SBS's interest in limited rights to the NBA highlights the game's growing popularity in Australia. From a grassroots, perspective basketball is one of Australia's fastest growing in participation.

SBS is not the only broadcaster to up its stake in the sport. Last year Nine upped its investment in the game, securing a three-year rights deal with the National Basketball League, Australia's top tier basketball league.

Under the deal, Nine and the NBL work together to commercialise the advertising inventory and broadcast monetisation of all matches across the regular season and finals series.

The investment in non-traditional Australian sports comes off the back of dwindling interest in other major sporting codes.

While the NRL and AFL continue to dominate the winter sporting codes, the likes of Rugby Australia and Football Federation Australia have felt the sting of significant declining audiences.

Due to the seasonal shift in the northern hemisphere, the NBA could prove to be an alternative viewing proposition for SBS, with the upcoming 2019/20 season beginning in October this year and finishing in April of 2020.