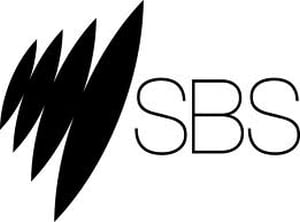 SBS has refused to rule out a move to increase the volume of ads to be aired on the network as Government cuts to the station loom.

Speculation has been rife that SBS wants to increase the amount of ads it is able to show per primetime hour to be more in line with commercial networks, as the Government moves to slash the network's budget.

Currently, SBS is only allowed to show five minutes of ads per primetime hour, with commercial networks able to show 13 minutes of ads.

At this stage the move is simply speculation, but comes in the wake of the Federal Government seeking to cut the amount of budget it allocates to SBS and the ABC.

Increasing the amount of advertising would be one way to make up revenue lost from the cuts.

An SBS spokesperson said the network would not comment ahead of any Government announcement, but that it didn't rule out an increase in ads.

Communications Minister Malcolm Turnbull confirmed  the cuts would equate to roughly 5% per year over five years, when speaking on Q&A last night.

However, he would not go into further detail on the plans, which he said would be released this week.

Speculation has been rife over the scale of the cut, with suggestions it could be up to $300 million over five years, with that figure including both the ABC and SBS.

Last week SBS CEO Michael Ebeid told AdNews that the network had been tightly managing its budget for years due to the looming cuts.

“We've been saving for a while now, so we're ready for the cuts,” he said, adding that the network's 2015 programming would not be affected, however, he did say that current affairs program Dateline would be “refreshed” to a lighter format.

However, instead of the savings being reinvested in prpgramming, Ebeid said that “the money we saved is now going to the government instead of us commissioning new content”.

He also denied there would be mass layoffs because of the cuts.

“We're always looking to do different things, but there will be no mass redundancies.”

Dateline isn't dying, but it is getting a refresh