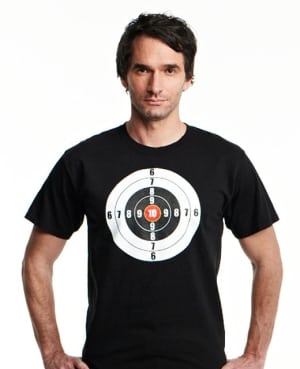 In addition to the expected cost slashing and job cuts on the horizon for the proposed Nine and Fairfax merged business, more details, including board members and areas of cost-cutting, have been revealed.

According to a scheme of arrangement between the two companies, in details released on the ASX, the combined group, which will be known as Nine Entertainment Co Holdings Limited, will see Fairfax’s existing business units integrated into Nine’s corporate structure.

Following implementation, Nine will review the scope and breadth of the combined group, to “align with its strategic objectives and its digital future”. Subject to that review, it is intended that the combined group will continue to operate Fairfax's businesses, including print.

A total of $50m of cost savings have been identified from the merger, with the streamlining of technology and related functions within both businesses amounting to $15m costs synergies.

A total of $15m savings will come from media sales - from the removal of duplication across sales teams, as well as commercial operations.

Merging corporate and divisional support functions will save approximately $15 million and this includes areas such as finance, human resources, marketing, property services and content. Content savings will be $5 million and relate to the sharing of lifestyle-oriented content used by similar website brands run separately by Nine and Fairfax.

The savings will be made within two years of the media merger.

The document also outlines “improved advertiser proposition” due to “enhanced cross-platform reach and differentiated service offerings”, which may enable the group to offer and deliver “improved advertising and data solutions, underpinned by premium content, to advertisers and agencies”.

It also singles out Domain and Stan as areas with potential additional benefits. In relation to Stan it says simplified ownership may increase the flexibility of the group to manage video content across Stan and the FTA and BVOD platforms.

With a current combined total board of 14; being five women and nine men, it was a given the the new board will be considerably slimmed down, with Nine in the driving seat.

Details on the ASX confirm that Nine chairman, Peter Costello will chair the board of the combined group.

CEO of the combined group, Hugh Marks and current Nine Directors, Samantha Lewis and Catherine West, will join the board.

In addition, three current Fairfax directors have been invited to join the board, being Patrick Allaway, Mickie Rosen and current Fairfax chairman Nick Falloon – who will become deputy chairman.

The other members of the senior management of the combined group will be determined by the Nine Board as part of planning for implementation.

The Fairfax board also appointed Grant Samuel & Associates as an 'independent expert' to undertake an independent assessment of the scheme.

As such, the expert has has concluded that the scheme is in the best interests of Fairfax shareholders in the absence of a superior proposal.

The ACCC is conducting a public informal review and expects to make a decision on whether to approve the merger on Thursday 8 November 2018.

Nine and Fairfax to merge in massive media shake-up