Rumours fly iiNet pitch is down to two 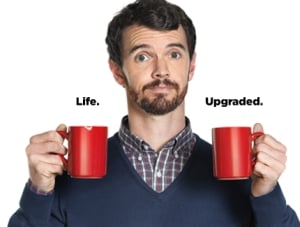 The battle for iiNet is believed to be down to two, as rumours swirl in the WA market that the pitch could be done and dusted within a week.

It is believed ZenithOptimedia is now out of the pitch, with Initiative WA and OMD WA left in the picture.

However Initiative and OMD have refused to comment, and calls to ZenithOptimedia went unreturned.

Should this be the case, the account would stay in WA despite a number of eastern states agencies being invited to pitch.

However, as part of the pitch, it is believed ZenithOptimedia planned to open up a shop in Perth.

The three agencies presented their final cases to the client last week, and the ball is now in iiNet's court.

OMD WA now has a new managing director in the form of Angela Nutton, who was given the role as a result of a disagreement between Marketforce WA CEO John Driscoll and now ex-managing director Bob Goodge.

At the time, Driscoll denied the move would harm its chances in the iiNet pitch, with Nutton having worked on the account since November.