Robert Thomson: 'The Google gig is up' 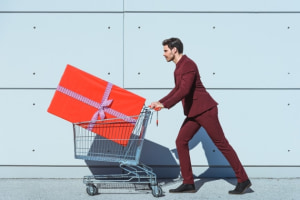 Journalism around the world is unsustainable with digital platforms using, but not paying for, news, says Robert Thomson, CEO of News Corp.

"There's something wrong with the ecosystem," he told a webinar in the US organised by the American Australian Association called Life in the New Abnormal.

However, change is coming.

"Justice is a little closer to being done ... content being paid for," says Thomson.

"And in particular, we've reached agreement with Facebook in the US, and Mark Zuckerberg and I shared a stage here in New York a few months ago and bluntly my first question to Mark was, 'What took you so long?'

"The premium content demands a premium. And I do have faith in (CEO) Sundar Pichai personally at Alphabet or Google, whatever you want to call it. But look, that's a complicated company, and he's in a conceptual contest with flat-earthers and Philistines."

"And those in that company who imperiously believe in the press as panhandlers, in a sort of mendicant media, where they hand a little money here, a little money there, that's tokenistic and unsustainable," he says.

"And at the moment in the US, there are 50 state attorneys general who are looking to interview them, across both parties. So, it's a bipartisan concern. So, in that sense, the Google gig is up."

In Australia, the federal governmnet is going to force the platforms to pay for content aftre the competition watchdog, the ACCC, which ran an inquiry into digital platforms, said there was “no expectation of any (agreement) even being made”.

The federal government in December told the digital giants to negotiate with publishers on the use of their content or face further regulation.

Thomson says the work by Australia competition watchdog, the ACCC, is peerless and something every Australian should be proud of.

"And the importance of the ACCC proposal is there absolutely has to be a mandatory code for content, for algorithms, and for personal data, because at the moment there’s a complete lack of algorithmic transparency.

"Every day of late there have been announcements of redundancies and as you know, in Australia, we've unfortunately, ended print publication for many of our local and regional papers and they've become all digital, which will affect some of our traditional partners in print.

This is the same challenge publishers large and small, print and digital, are confronting around the world.

"It is a dysfunctional digital landscape that the rewards have disproportionately gone to distributors not to creators," he says.

"... unless you resolve these contradictions, the commercial damage is obvious, and the social harm will be profound."