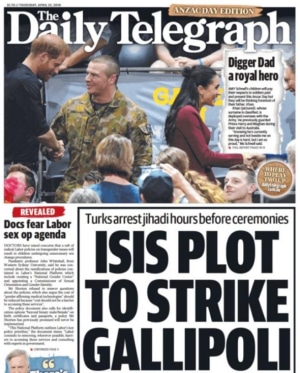 A printing error has seen rival newspapers The Daily Telegraph and The Sydney Morning Herald (SMH) printed in the same issue.

The mishap occurred in yesterday’s edition of The Daily Telegraph, with News Corp accidentally printing two pages of the SMH within its own paper.

The Daily Telegraph has since issued an apology to readers, stating the error occurred during the production process as both papers share the same printing factory.

Last year News Corp, which owns The Daily Telegraph, and the now defunct Fairfax, which owned the SMH before it merged with Nine, agreed to share printing sites.

The agreement between the two papers came as ad revenue continued to decline for print, placing the sector under financial pressure.

Following the error, the SMH said it hoped readers enjoyed the unexpected pages.

“We hope the early edition readers of the Tele enjoyed our Sydney Morning Herald editorial,” a SMH spokesperson said.

“We have been advised it was an error which was corrected as soon as it was identified so later editions weren’t impacted.”

Good morning readers, today @DailyTelegraph printed 2 pages from The Sydney Morning Herald in some editions. Both papers share the same printing facility in Sydney's west and the error happened during the production process. We apologise for any confusion this has caused. pic.twitter.com/PzGSeLjlmH

So.. for those who doubt; here is a little video. pic.twitter.com/vCh2KHHgfx