Ritson: I was right, social is a load of c*ck and programmatic is going the same way 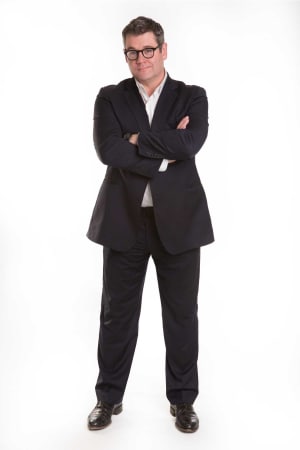 Professor Mark Ritson warned marketers they could be falling into the same trap by believing the hype around programmatic and the effectiveness of digital ads, as they did around organic social media in the early days.

Ritson, who presented his latest talk “The nine circles of digital hell’ at the AdNews Media + Marketing Summit in Sydney last week, walked the audience though nine areas of digital marketing he finds fault with.

Number one, he said, is the blind acceptance of digital and he drew parallels between the early days of social media marketing when marketers were sold the idea of organic reach and growth. That was later undermined by the onset of paid advertising on social platforms that all but destroyed any organic reach that had been built up.

Not afraid to toot his own horn Ritson proclaimed: “It turned out I was totally f*cking correct. It's all a load of cock … does anyone not know the age of organic growth is over? Why did we all drink the kool-aid so quickly?

“What's to stop it happening again with programmatic?” he asked. “You could all fall for another trick just as easily.”

Ritson opened with a gentle taunting of IAB CEO Vijay Solanki, who was in the audience and had attempted to take aim at Ritson’s content via an interestingly timed piece on Mumbrella that morning, that appeared to criticise the presentation before it had even happened and without knowing what would be discussed.

“I know digital’s fast mate, but you usually need to watch the presentation first before you can comment on it,” chided Ritson.

If you missed out on the Sydney conference, Professor Ritson will also be at the Melbourne event on 2 August. You can buy tickets here.