Return of the Adman 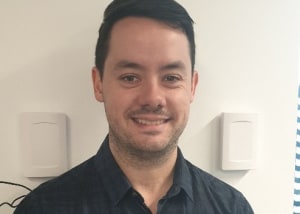 Last time we spoke I was sitting on a curb, eating my homemade lunch. I must admit I’ve never felt so comfortable being in a gutter. Perhaps that’s another article. Well, so much has happened since then my friend.

The Gods must be crazy. My parents church is making people book seats online –I’d love to write the copy for that website/campaign. Things are opening again; I can take my son to a playground now. Everyone has taken pay cuts or is working part time or have lost their jobs. There are so many people less fortunate than I and in a far worse mental state. To that end, I want to share my story with you then, we’ll go into some updates.

My family had a challenging 2019 and I wanted to share this story because it has defined me as a person. Last year I would not have dared to put myself out there and have written an article like this or the previous one. I had very low confidence in my writing abilities. We got through our dramas and then my own issue reared its head. My issue was a battle with Anxiety.

Friends, it was bad, but I wouldn’t change a thing upon reflection. I know what it means to think the world is against you. To lay in bed at night with ideas and the day's events replaying again and again like M*A*S*H episodes on Channel 10. You wish you could change the channel, but when you do it creeps back in. I think this is the most crucial time to say this; If you feel like there is an invisible fifty-kilogram barbell digging into your chest that’s causing you breathing problems, speak up. It might be the last thing you feel like doing, but please talk to someone. I did and it saved me.

When you endure hardships, you feel the love of those around you. Your friends and family and in my case workmates too.

My work allowed me to take the time to get it sorted out.

It didn’t just change me in the moment, but in the long term I started to evolve into the creature that I am proud of. Since 2020 began, I chose to adopt the Richard Branson motto of; “Screw it, let’s do it.” I follow my gut and pursue things that seem right.

I never had the ability to write as freely as I do now, the medication worked like Draino does on your kitchen sink. The ideas flow like they used to and even more so.

Now for the updates:
When I’m writing it, my Novel feels like waking up in a warm bed after a good night sleep. While mowing the lawn and emptying the clippings into a bin, I got an idea. This idea led me to re-plot the story without needing to do re-writes and it is now a trilogy, instead of two novels. I wrote the synopsis of book three in four hours straight. Snap!

My little dog, Evie (total floofball) was attacked by two off-lead staffies on our daily walk. I got bitten on the hand and yes, I had the mandatory tetanus injection. Evie is fine, her cone comes off soon. Poor little girl. My hand is fine too by the way. So, the owner of these dogs fled the scene when I was examining my dog for injuries. But we did have a witness. He probably won’t be caught, so I decided to screw it and forgave him. This allowed me to move on.

After every job that had slipped through my fingers, I finally landed a job at Hatched Media as Performance Director starting in June. I asked my interviewers several times, is this actually legit? The role is happening? The answer was a resounding; Yes, it was! The people there are awesome and I’m excited to join their team. I got this opportunity by updating my LinkedIn profile with the Baby Bunting role. A lot of people didn’t believe my job update. Which spurred me to write the first article. I wouldn’t have dreamt that I would have a published article if you told me that a year ago.

Not long now until were all back in the office. (fingers and toes crossed).
Cheers.