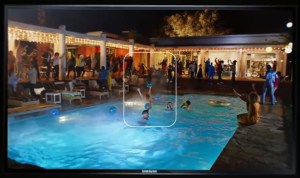 The latest research using the Advertising Council of Australia’s effectiveness database has some words on creativity:

“When all else is equal, creative strength can make the difference between a mediocre campaign and an excellent campaign in terms of effectiveness.”

The observation is contained with a report, Australian Advertising Effectiveness Rules: To ESOV (extra share of voice) and Beyond.

“We’ve delegated authority to our agency and it’s up to them to develop first-class ideas. As a result, there’s less meddling.... we step out of the way, fighting the urge to tinker, leaving the idea intact.

“Cost management is in our DNA but we understand that efficiency benefits from our advertising can also be driven by effectiveness increasing.”

The report, by Robert Brittain and Peter Field, and globally-acclaimed researcher in media science, Professor Karen Nelson-Field: “At a given level of ESOV there is a wide spread of mental availability impact.

“The quality of the creative work is a key factor and illustrates the importance of great creativity.”

One example is the campaign for the launch of Samsung’s Galaxy S20 phone in a crowded market where 15 handsets are released in Australia each year.

How to stand out from the crowd, in a local market like Australia as part of a global launch, and convince consumers to upgrade their smartphone?

The local team, with a small budget, focused on how to utilise global campaign assets.

The result was an idea that drove people not to just look at the campaign, but study it, driving a high level of attention among those that it reached.

Consumers could win a free Galaxy S20, but only if they could find tiny Microcodes embedded within the advertising, via CHE Proximity.

A camera with a powerful zoom would be helpful and the Galaxy S20 has an impressive camera.

All paid media for Microcodes was focused on a single “call to arms” video on YouTube and Facebook explaining the promotion while Samsung used its social channels to release clues to help people find codes as well as PR to generate earned media.

This drove people to seek out the advertising.

“It was about driving mental availability for the launch of our new phone through greater creative impact and share of voice impact,” he says.

‘It really brought to life how we could use creativity even within a structured global campaign format.”