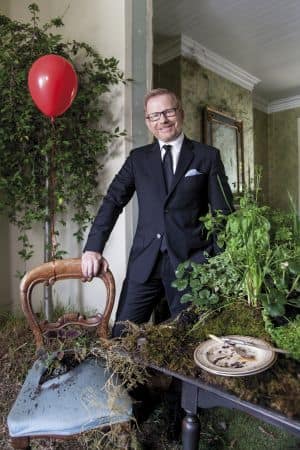 Baker says the brand is already eyeing off Asia as a place the business is very interested in exploring, however its first priority is currently across the ditch.

“Before any further expansion, we'll be looking at how do we look after Australians going to New Zealand and New Zealanders coming to Australia,” he says.

Baker told AdNews previously that the online gift and experience retailer was going to launch its new site in New Zealand early in 2016, with the business now locking in the first week in April to do so.

To ramp up its presence on the ground, RedBalloon has hired former Tourism New Zealand employee Adam Hughes as its regional product and partnerships manager.

Baker took on the top job at RedBalloon in March last year and rounding out his first year he says it's been “very stimulating,” adding that he's very pleased with the last nine months, noting the business ended the year with a 23% year-on-year boost.

“The uplift we saw at the end of the year, it wasn't just one element it was a whole mix of everything -, the focus on mobile, the marketing, the new website,” he reveals.

As part of his first nine months at the business, Baker says he aimed to “build agile as a methodology into the organisation” and says in order for it to succeed it needed to flow through the whole business.

Baker explains that the business carried out about nine different A/B tests over the Christmas period, with this just being one  example of the company's new agile way of working.

“Not just from an IT perspective, but how we work through marketing, how we work though sales. It's part of the bigger picture which is about building a more sustainable innovative culture,” he says.

In order to make this happen, Baker says the business has to break down organisational silos and to do that the business now sees people from different departments sharing KPIs.

“The independence between those teams and the relationships between the CTO, marketing and product, how they work, and how we bring them together is absolutely vital.

“They can't sit in silos, they have to work in teams so we've got cross-functional teams working across the organisation now and optimisation teams ... A lot of people's KPIs, which we use as organisational promises within the organisation, they are shared. The head of marketing and the head of IT share KPIs, the head of product shares some with other people. That's the test to know if you're succeeding, is to have shared KPIs across departments.”