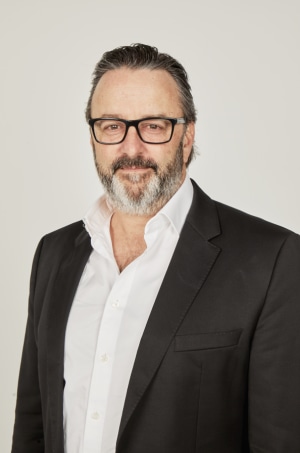 Congratulations to AdNews on its 90th birthday, in this shifting landscape it’s no small feat to stay consistently relevant for such a long time.

It was about 90 years ago that the first national radio network was formalised when the Federal Government awarded licences to the Australian Broadcasting Company (as it was known then). Radio expanded rapidly, and as commercial stations launched radio became a disruptor to the thriving print industry. Where print was the only source of news for the day, radio was able to update its news and information in real time as events unfolded. Radio made itself famous as a powerful storytelling medium which had families huddled around the radio listening to words and music that painted pictures in their minds. Radio had another advantage over newspapers too – it was two way communication. One person could talk to many and the people could ‘talk back’. A live discussion could be had between a wide group of people. Radio was and remains the original social media.

90 years on and much has changed, but radio’s relationship with the public has remained the same, and in a lot of ways strengthened. Radio remains at the heart of the community, particularly in our regional areas. The key to radio’s ability to survive and thrive is its focus on delivering localism. Localism is at the heart of what SCA does. Localism ensures radio is relevant in the lives of the 95% of Australians that SCA’s radio stations reach. Where social media today allows people to communicate with many of their friends at once, radio allows anyone to call up and talk to hundreds of thousands of people at once. The phones light up when we give people an opportunity to be part of the content and their community. There’s no other platform where an individual listener can command such a huge audience to deliver a message that’s important to them.

Since the first national radio network became a reality 90 years ago disruption has been a feature of the media landscape. Today, radio and audio emerge as the big disruptor. As radio ‘mobilises’, audio content can be listened to at any time with audiences choosing to listen to ‘catchup’ versions of our radio shows online. Podcasting has allowed for great storytelling and a truly ‘lean in’ listening experience, reinvigorating the world’s passion for a well told tale. Smart speakers have also revolutionised audio globally, with 17% of SCA listeners owning one and this figure will grow exponentially in the next few years.

This leads to changes in the way people purchase products; audio listening habits will evolve to ensure purchase behaviours will change drastically. This is why SCA has partnered exclusively with Veritonic in conjunction with our strategists and creatives at The Studio at SCA, to deliver world class audio branding solutions that will underpin success in audio advertising for our clients.

There are exciting times ahead for us all, as audio disrupts the disrupters, and AdNews will be there, reporting the changes for all of us – Happy Birthday and congratulations on a great milestone.