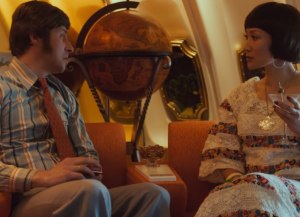 Qantas has released a new safety video to celebrate 100 years of the national carrier’s history.

The safety briefing, which took 12 months to develop,  is delivered by current Qantas crew, complete with ‘80s mullets and ‘70s moustaches,  in recreated historical settings, including onboard aircraft and in airport terminals.

The video is set to instrumental versions of the iconic Peter Allen anthem I Still Call Australia Home and tailored to the musical style of each era.

Various crew uniforms from throughout the decades were sourced from Qantas’s own collection and retired Qantas crew. The clothing for extras came from a combination of personal wardrobes and op shops in regional communities.

“This safety video is a look back at the different styles of aircraft, service and uniforms that have been part of our long history," says CEO Alan Joyce.