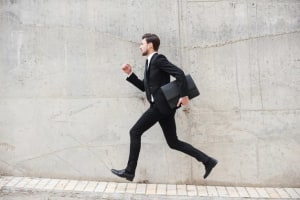 Prime Media, following the failure of the Seven West Media merger, will concentrate on paying down debt as the regional broadcaster faces a continuing weak advertising market.

The company will also not be reinstating dividends.

Billionaire Bruce Gordon and regional newspaper player Antony Catalano, who between them own 26.16% of Prime, had indicated they will vote against the takeover.

Chairman John Hartigan, at a general meeting to vote on the offer from Seven West Media, confirmed that the two major shareholders had voted against the deal.

"This is a disappointing outcome for the majority of Prime shareholders and for the regional television industry in general," he told the meeting.

"The majority of shareholder feedback since the announcement of the special dividend has been positive and indeed supportive of the proposed merger with Seven. Had interests associated with Mr Gordon and Mr Catalano not voted, then based on proxies received to date the scheme would have been approved by shareholders."

When the vote was put to the meeting, 53.5% voted against the scheme of arrangrement.

James Warburton, the new CEO of Seven West Media, had wanted Prime so he could create a premium broadcast, video and news network with potential to reach more than 90% of Australia’s population each month.

Hartigan today outlined what happens next for Prime, saying the board’s primary obligation is to ensure the company has the balance sheet strength to deal with a continuing weak advertising market and further encroachment by new players.

"There are no signs of improvement as we near the end of the December quarter," Hartigan told shareholders today.

"Our first priority is to pay off the company’s debt and then to build a cash reserve which can give us the financial ability to have strategic options."

He believes dividend payments won't be reinstated in the foreseeable future.

"We believe that it is our obligation to understand and face reality and whilst we know this call will be unpopular it is our judgement that it is in the company’s best interests," he says.