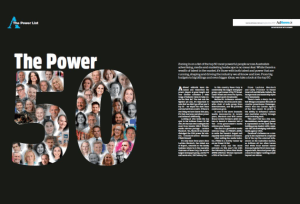 This is a feature from the September issue of AdNews. The full content is only available in print - you can subscribe to the print edition or download a digital version here.

Australia’s media, advertising and marketing landscape is brimming with potential power players, not to mention the aggressively ambitious undercurrents of up and coming fine minds waiting to surface. However, when it comes to the list of ones to watch – which is taken just as seriously as the Power 50 – it’s clear that not just anyone has the power, influence and clout to make the cut here.

The ones below, which is in no particular order, teeter on the edge of the Power 50 list and demonstrate power and influence in many different ways. It’s also no indication of who this year will make it into 2018’s Power List as oh how a year can change. A glance back at last year’s ‘on the edge’ will see the likes of Henry Tajer (now ex-IPG Mediabrands) nowhere to be seen, while the then Ten GM Russel Howcroft – turned PwC chief creative officer - has hopped into the core Power List itself.

As top investment lead at the WPP-owned group, Rennie works with all the trading directors across all GroupM agencies. However, it’s really the power of the money he has to negotiate with every year that makes him a major power contender – that being more than $3 billion. What is it they say? He who has the money has the power? Rennie reports directly to GroupM CEO, Mark Lollback.

The outgoing AANA chief executive Sunita Gloster has done more to elevate key industry issues than almost all of her industry body peers. She misses the list by virtue of leaving the peak advertising body for a new role at Ten. 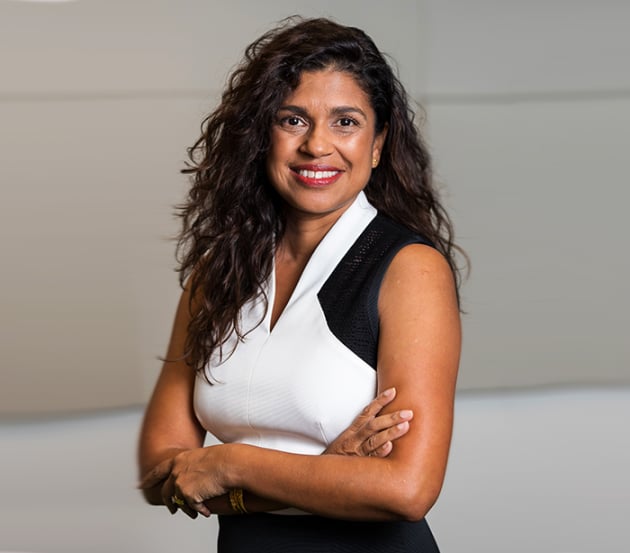 Alex Pekish, the head of investment across Dentsu Aegis Network, is one of the most influential media buyers in the country. His investment decisions benefit several blue chip companies such as Woolworths, Holden, Modelez and the Australian Government, and can influence the fortunes of media owners in TV, print, digital and elsewhere.

Kristiaan Kroon is relatively new to his role as chief investment officer of Omnicom Media Group but inherits the purse strings to one of the largest group media budgets in the country. Coles, VW, Telstra, Unilever, McDonald’s, Mazda are just some of the brands Kroon’s investment decisions will influence. Kroon brings many years of experience leading sales at prominent newspapers.

Victor Corones is the head of IPG Mediabrand’s investment arm, Magna Global. He leads investment decisions that benefit one of the largest media agencies in the country, UM, where he was previously a national investment lead, as well as up and coming agency Initiative. Clients within the group including Lego, Coca-Cola and Optus. 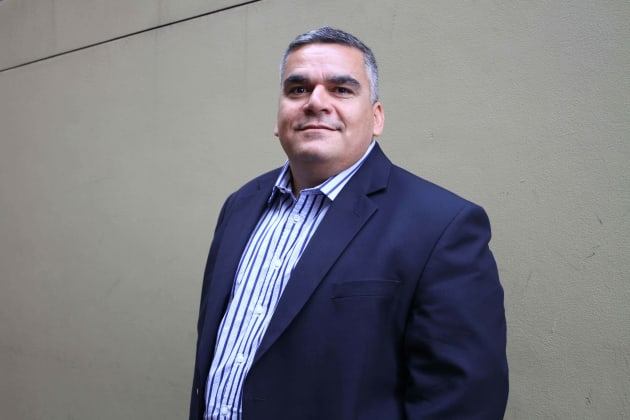 In charge of those investment purse strings, Keith heads up the investment arm of Publicis Media – which houses Starcom, Zenith, Spark Foundry, Blue 449 and Performics. She’s responsible for more than $1.3 billion in media investment for clients in Australia and New Zealand.

Harvey Norman is the largest advertiser in Australia and Katie Paige decides where every cent of it goes. A phone call from Paige would have most media owners ready to buckle. Page, an active supporter of women in sports, joined the ASX-listed company in 1983 and became CEO in 1999. The retailer’s power cannot be argued with and as of 2016, there were nearly 300 company-owned and franchised stores in Australia - and beyond.

One of the most well-connected headhunters in the business. Hourigan, and consultants including Karen Taylor, Kate Ferguson and Simon Hadfield, are responsible for many of the top appointments across Australian marketing, media and creative businesses which goes on to shape those businesses and the careers of the industry’s leaders..

In a traditionally unexciting category Smart’s appointment as CMO earlier this year was an interesting one. A former New York agency boss, this is Smart’s first client side role and he has big aspirations for the insurer’s brands. Definitely one to watch. 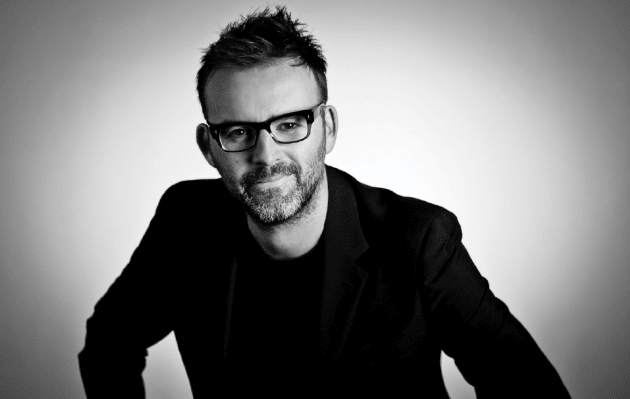 Horton stays out of the headlines but his influence on the creative world in Australia is huge. Big Red might not make the most conceptual, big creative work, but it makes effective work for the country’s biggest brands, most notably Coles and Optus, as well as politicians. Horton also delivered a recent presentation at Melbourne Advertising & Design Club on the industry’s self obsession, proving that he can still captivate a room and inspire.

If marketing wants to be a respected discipline, it needs to have marketing leaders that are respected, capable and well-versed in how to lead. The Marketing Academy is now heading into its fourth year in Australia, and is helping shape future generations of marketing leaders by doing just that. Sherilyn’s power is in getting top CEOs, CMOs and agency bosses, plus outside influencers, to develop, coach and nurture the next generation.

Bigger than most of the big local agency groups and consulting firms, dominant data player Quantium is led by Adam Driussi, who left Deloitte in 2002 to start the business. As co-founder with Quantium exec director Greg Schneider, Driussi has driven the business hard, inking major partnerships with the likes of Woolworths, Unilever, Facebook, Lion, Mars, David Jones, Coke and more. Driussi has big plans to double the firm’s size in the next three years.

Geertz has been running Leos in Melbourne for 20 years. She was promoted to a national position this year in the midst of the Publicis Groupe’s restructure. Geertz is an inspiring leader to those around her and she’s regularly described as one of the best operators in Publicis Communications. 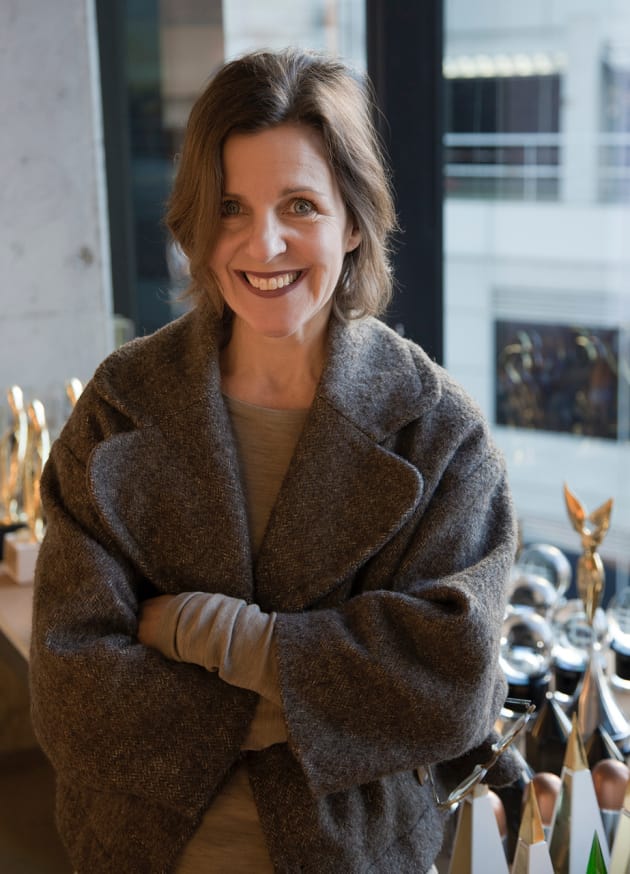 Lavender is one of the unsung heroes of Australia advertising. A leader in direct and data marketing, its recent pivot to customer experience shows its relevance will remain. His agency remains independent 20 years on and behind its pastel coloured logo is a powerhouse of data and technology.

Media industry specialist Brownlow has been at PwC since 2008 and as such, she has clout, serious smarts and is widely respected across the market. As editor of the Australian Entertainment and Media Outlook report, which provides forecasts and commentary on sectors such as TV, online, print media, interactive gaming, radio and music, she’s at the helm of an incredibly important piece of research the market looks to. She’s also an exec director and a partner at the firm.

Buckman has now been at Foxtel for 18 months and while he’s the network’s top marketer, he’s a board−level business partner. Buckman has set about overhauling Foxtel’s brand and its customer propositions and packages at a time when the brand desperately needed to update its model. His CV is one of the highest profiles an Australian marketer can have, having led marketing at Commonwealth Bank and Telstra. It will be interesting to see how his role and influence within Foxtel and News Corp grows.

Nine’s chief sales officer had a challenging start to his tenure in 2016. This year, Nine has more than turned around its performance with two of the biggest TV ratings hits, Married at First Sight and Australian Ninja Warrior, winning many of its prime time battles across key demos. Nine had annual revenues of $1.2 billion in FY16. Stephenson could lay down a marker if Nine makes significant gains on rivals in a challenged advertising market.

Experienced adland veteran Leigh Terry steers 2750 media professionals including more than 1100 digital specialists in 13 markets across 22 offices. He’s also responsible for $5 billion in billings across the APAC region, including Australia, for the IPG Mediabrands network. Since joining the network in January 2017, Terry has grown the IPG Mediabrands APAC regional leadership team by 25%, introducing new roles to drive the development of analytics, tools and research, and marketing communities. How his role and influence at IPG Mediabrands develops will be interesting.

This is a feature from the September issue of AdNews. The full content is only available in print - you can subscribe to the print edition or download a digital version here.