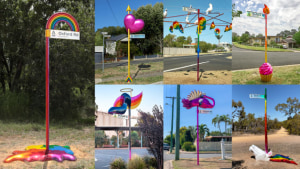 ANZ
ANZ Bank has appointed independent agency Special Group Australia as its creative agency of record, following a competitive pitch. The bank began reviewing the account, which has previously been held by TBWA Melbourne since 2011, last year. Prior to handing the account to TBWA a decade ago, ANZ worked with M&C Saatchi.

MYOB Australia
Ryvalmedia, part of Simon Ryan's RyanCap, has been appointed media planning and buying agency partner for MYOB Australia, with the account valued at $8 million, after a closed pitch. The remit and scope of work will include holistic media strategy and partnerships, planning, and buying. The appointment will formally commence from this month.

General Motors
IPG Mediabrands’ performance agency Reprise has been awarded the strategy and creative account for the Australian and New Zealand launch of General Motors Specialty Vehicles. Reprise was awarded the business after a series of international and national presentations. This will be the first time General Motors Specialty Vehicles (GMSV) has advertised in Australia and New Zealand. In the coming months Reprise will assist GMSV in new-model launches of the Silverado Trail Boss and mid-engine supercar the Corvette C8.