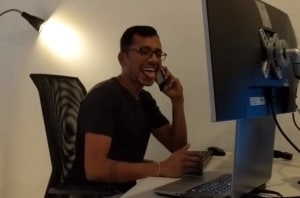 PHD Melbourne, which usually celebrates its birthday with a dinner party, this year held a video conference with attendees wearing a splash of purple and featuring custom-made Zoom backgrounds.

The celebrations also featured a video montage of staff, sharing personal testimonials about the agency and what they miss most while working from home.

“Whilst we’ve all been in crisis mode for the past two months, and the news around us has been so negative, we thought it was more important than ever for our organisational culture to mark this occasion, just like we would any other year,” says PHD Melbourne’s general manager, Simon Lawson.

The agency opened its dooors in with 15 staff and ANZ as its foundation client. PHD’s Melbourne office now has more than 80 staff today and a blue-chip client roster which still includes ANZ, as well as CUB, 7-Eleven, AFL, Porsche and Priceline.