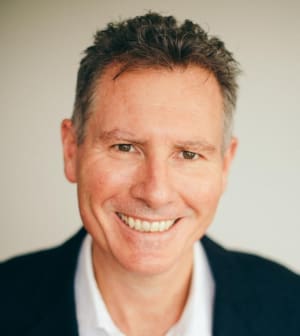 The digital marketing platform, “for ads that stick”, is a hybrid of display and native advertising and uses unique patented algorithms to scan both a website's back-end coding, looking for tags and keywords, as well as scanning the actual visual itself.

The contextual targeted technology then “unlocks the value” of the connected images by then generating and delivering “highly visible and engaging campaigns” for marketers – which are then layered with the publisher data.

The business works directly with advertisers and publishers and can also offer its tech entirely to another business.
On average the ads have an 81% viewability rate and in the US, where the company was founded in 2007, its ads achieve 400m monthly unique visitors and a 9.1% engagement rate.

Stubley, who is has been appointed GumGum VP ANZ sales, says the image recognition technology can pick up a range of things like the colour of eyes, or a surf board to tyres or a dog – allowing publishers and advertisers to then creativly weave their products into dynamic ads or content within that area.

Stubley told AdNews that GumGum is a hybrid between display and native advertising, responding to the “graphics trend” which has seen the rise of image-based platforms including platforms Pinterest, Instagram and Snapchat.

“Images are the most prolific media. There are so many brands focused on banner ads when they could be doing so much more,” he says.

“We’ve seen the rise of visuals especially with millennials, which provides a graphic base opportunity for advertisers. GumGum targets images in a powerful, contextualising way that places ad units over the images using algorithms.”

With a 81% viewability rate, Stubley says he believes viewability should be an industry standard.

"It's kind of crazy that agencies can charge for ads that aren't viewable and that aren't seen,” he added. 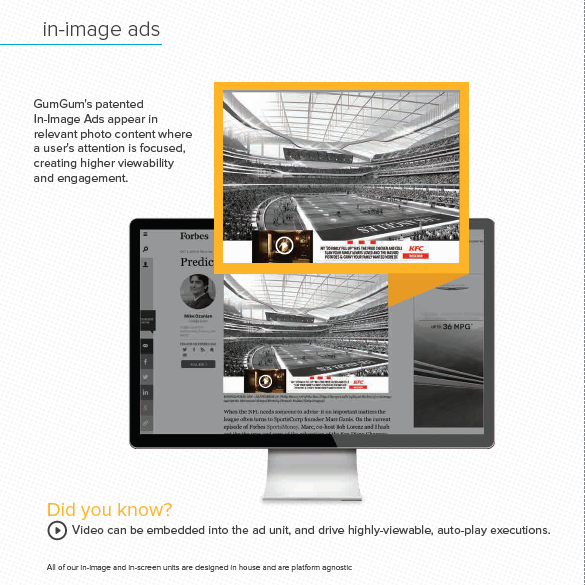 GumGum has worked with 2000 content publishers in the US, such as Time Inc, Forbes and Wenner Media. Stubley says it has a “fashion-focus” that could give Bauer further digital presence in its verticals.

The partnership with Bauer Xcel Media will see GumGum’s advertising solutions made available across Bauer’s To Love digital women’s network, Beauty Heaven and broader digital properties including WhichCar and Wheelsmag.com.au.

"The platform certainly ticks some boxes when we look to amplify our gallery and imagery content clusters with contextually relevant advertising," says Manten.

Last week Bauer made a commitment to multichannel content, saying traditionally luxury brands have been slow to go digital but that is set to change. The recent partnership with GumGum could see luxury brands implement the technology and bring a new aspect of digital advertising to the publisher’s digital network.