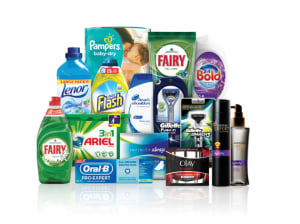 Proctor & Gamble (P&G) has spent its lowest amount on advertising in a decade, its annual report reveals.

The world’s largest advertiser spent US$7.12 billion on advertising in FY17, which was less than 2% below last year’s media spend of US$7.24 billion on a like for like basis and 15% below the US$8.19 billion it spent five years ago.

The results have been adjusted to reflect brands that have been sold in the past year, including 43 beauty brands that were bought by Coty.

Before P&G’s move to streamline the business to only 65 brands in 10 categories, it peaked ad spend at US$9.6 billion in FY13.

The reduction in ad spend did little to shake sales, which remained largely flat at $65.1 billion, compared to US$65.3 billion in FY16, which included organic sales growth of 2%.

The reduction in ad spend reflects a global trend to reduce

A chunk of the cuts are part of a global strategy to cut US$2 billion in marketing costs by FY21, including US$1 billion in media spend and US$500,000 in agency fees. It has already slashed its agency roster by more that 50% after a year of reviews.

In Australia, the business has performed much better and its media spend has increased in high single digits over the past fiscal year, according to industry sources that measure ad spend.

Where there are drops, is in digital media. The consumer giant cut US$140 million in spend in the final quarter of FY17 due to concerns about brand safety and ad fraud, a concern that has been frequently raised by chief brand officer Marc Pritchard.

The cuts have applied across the world, including across the Asia-Pacific region.

“We have plans to save up to US$10 billion from fiscal year 2017 through fiscal year 2021,” P&G CEO and president David Taylor said in the company’s annual report.

“This is on top of the US$10 billion saved from fiscal year 2012 through fiscal year 2016. There are four elements of our planned productivity savings: cost of goods sold, marketing spending, trade spending and overhead spending.