Pandemic is a picnic for actor Jimmy Rees 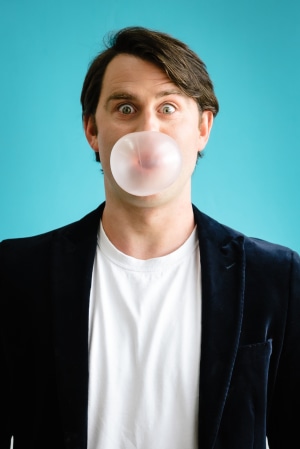 Rees, who most recently appeared in the Dads of Bunnings ad, says everyone is “going bananas about bloody picnics” in Part 36 of his Meanwhile in Australia series.

The Bunnings ad was seen by more than two million people within only a few days, says his manager David Gillett. Timed for Father's Day, it was Rees' second ad for Bunnings.

Gillett says Rees has a strong following on social media.

“Jimmy's content gets over 15.3m views a month on Facebook (in TV ratings terms over 500k views a day) - and is growing him a global audience in US, UK, Canada and NZ, as well as Australia of course.

“Much of Jimmy's content is doing upwards of 1M reach within 24 hours on Facebook, before adding in 600% year-on-year growth on Instagram and more than 10 million likes on TikTok in the past 12 months.”

Jokes aside, Jimmy, a father of three, says he and his family are coping with the lockdown.

“We are doing alright all things considered, coffee machine gets a workout so does the playground down the road. Tori (my wife) and I have tried to keep a bit of structure with work, homeschool and play (with the kids). Lockdown can just go away now though!!!”

Rees played the role of Jimmy Giggle on the ABC Kids program Giggle and Hoot, from 2009 to 2020. Gillett says the role built Rees’ profile but excluded him from doing ads.

“For the first ten years of his career Jimmy was contracted to ABC television, which allowed him to build a massive audience both on TV and performing live, but also meant that he was unable to engage in any commercial arrangements.”

The 34-year-old actor has made up for lost time and also does brand partnerships, such as PayPal and EveryPlate. He has 11.1 million likes on TikTok, 285,000 followers on Instagram and the number increases daily.

“Bloody legends! It’s amazing the support I have seen on socials,” Rees says.

“It’s my natural vibe to remain inclusive of everyone and make sure my content is fun, and never nasty or outrageous for the sake of it! Social media is an interesting place and I couldn’t be happier with the following I have. Everyone is so positive and that’s what I love the most.”

Gillett attributes Rees’ popularity to his authentic and entertaining content.

“Jimmy's content is uniquely authentic and entertaining - it comes from a good place and I think that the audience understands that. Jimmy is simply doing what he loves to do, which is to make people, including himself, laugh.”