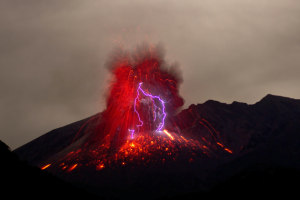 A long lasting change from the pandemic is a marked slowing of population growth, because fewer people are coming to Australia.

And this means the population will age faster and the economy won’t rip along as fast as it used to because they are fewer people to buy goods and services -- and pay taxes.

The 2021 Intergenerational Report (IGR) shows closed borders have seen more people leave than come to our shores over the last 12 months.

Population growth over the year was just 0.1%, the lowest in 100 years.

Migration levels are forecast to get back to where they were in 2024-25, but do not recover the ground lost during COVID-19.

Australia’s population is expected to reach 38.8 million in 2060-61, six years later than was forecast in the last IGR.

Deloitte Access Economics says there’s a developing collision between an ageing Australia, the rising relative costs of health technologies and the extent to which taxpayers subsidise health care costs.

That combination will slow future economic growth, and it will prove more costly for taxpayers.

‘And when we do, we focus on squabbles over slices of the pie (will spending be cut or taxes raised?) rather than over the size of the pie (will the politicians of the future be better at compromising to achieve reforms?).

“We can and should do better than that."

Deloitte Access Economics agrees with most of the conculusions of the forecasting by Treasury, including that future economic growth will slow.

"So unless we raise taxes and/or cut spending, deficits will gradually widen from the mid-2030s onwards," says Deloitte Access Economics.

"COVID-driven border closures mean the future population of Australia will be smaller and older than previously expected – meaning some ageing-driven challenges now loom even larger than they once did.

"And past assessments of some of the costs of ageing have been undercooked – for example, aged care costs are set to be higher than previous IGRs had allowed.

"Productivity is almost everything – that is, our future living standards will depend much more on productivity than any of the other key factors considered in the IGR (such as migration and birth rates, or what happens to interest rates, or to the prices China pays for our iron ore, or even the speed at which the nation rises to future budgetary repair challenges."