OPINION: Why Ogilvy, Bernbach and Burnett wouldn't cut it today 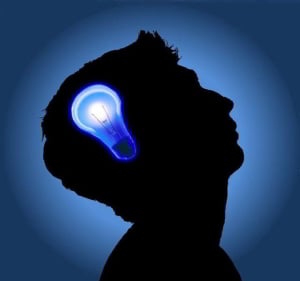 They were three of the most successful Mad Men ever, and in their day they all had a huge influence on the advertising industry and on the craft of making ads . But if they were still around today, would they be making it so big? I think not.

For a start, David Ogilvy always attacked the creative brigade who regarded advertising as an art form - a sector of the industry which seems to have proliferated with the mania for digital. The latest surrealistic offering from Drambuie is a good example. It’s the sort of award winning creative indulgence which Ogilvy believed to be produced by ‘people who have never sold anything in their lives.’

Ogilvy also claimed that agencies went on making the same mistakes year after year – citing as a prime example the extensive use of reverse type. Today, he would have been tearing his hair out. Since computers took over art direction, press advertising abounds with the copy not only reversed out of  black, but also every other colour under the sun – orange, green, yellow, even pale blue – and in sans serif type to boot. 21st century art directors are determined to ensure that the copy in their ads is unreadable.

So clearly Ogilvy wouldn’t have been on any short lists in 2012 because he wouldn’t be creating the sort of trendy but unreadable layouts which obviously today’s clients regard as effective.

Mind you, the chances are that today Ogilvy wouldn’t have entered the industry at all. He held that ‘gentlemen with brains’ were attracted to the advertising agency business because of the variety it offered – the opportunity to become involved with a wide range of different companies. Now that WPP are creating massive groups from their member agencies to service just one client, that’s all changed, and I can’t imagine Ogilvy creating ‘Team Hathaway Shirts’ – knowing as he did that working on the same product ultimately stifles creative adrenalin.

Ogilvy, like Bill Bernbach, believed in the philosophy of ‘making the product the hero’, in which case neither would have been comfortable with the layouts which are so much in vogue today – one huge illustration with the brand name hidden in minute type at the bottom, and body copy set so small that there is zero incentive to read it.

Bill Bernbach worshipped at the shrine of originality, so today he would have winced at the monotony of talking heads which dominate current TV advertising. He would have been a fish out of water in an industry where the biggest advertisers are preaching the value of boring ideas (Commonwealth Bank’s Andy Lark OPINION Oct 15th).

He was also unimpressed with research, maintaining that ‘persuasion is an art, not a science.’ It’s therefore very likely he’d be out of tune with today’s data obsessed marketers who advocate researching the hell out of everything that moves.

Bill Bernbach believed in ‘unchanging man’, maintaining that ‘human nature hasn’t changed for a billion years.’ Such thinking would position him as being out of touch with Gen Y, and his agency would definitely not be the flavour of the month it was in the 60’s.

Now to Leo Burnett, who didn’t admire originality for its own sake – which would make him at odds with today’s ‘determined to be different’ philosophy. He also believed ‘that making ads was the most fun you could have in your life’- not a good attitude in an industry which today takes itself far too seriously.

According to one of his senior employees, Leo Burnett’s appearance was extraordinary - ‘short and slope shouldered, with a paunch, and with the lapels of his suit sprinkled with cigarette ash.’ In today’s image obsessed world he wouldn’t rate very highly, and it’s unlikely he would have taken a shine to wearing T shirts on TV, like the current CEO of Burnett’s Australian operation. That would probably be enough to consign him to the wilderness alongside Bernbach and Ogilvy!

So there’s apparently a lot of things that the Mad Men of yesteryear got wrong. But we should remember that these guys created some of the most effective, long running and memorable campaigns in advertising history – Rolls Royce, American Express, Volkswagen, Avis, and Marlboro. Maybe they weren’t that wrong after all.