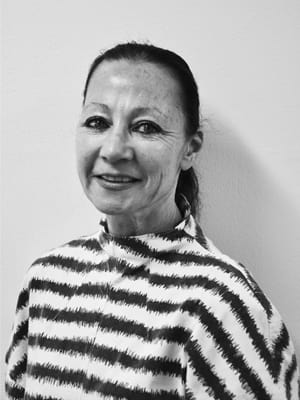 Last Friday, I heard Sir Martin Sorrell speak on the importance of digital and emerging markets.

If this man fulfils his dreams, will the world's creatives have their dreams shattered?

What does it matter to creativity if Sir Martin Sorrell lures all of the world’s biggest advertisers into bespoke agencies, each serving just one of them?

I am not putting the question out there so I can tell you the answer. I’m wondering what happens when creativity produced for the world’s largest advertisers is controlled by a man who doesn’t have creativity high on his list - if, indeed, it even makes it onto the very bottom.

Creativity never makes it into his speeches or his interviews. He is deft at dodging the subject, even when asked about it directly. Listen to Sorrell’s ‘Definition of Creativity’ interview at this year’s Cannes. Hear why he went and what he did there. And be just a little scared if you’re a creative. If he doesn’t employ you already, it’s likely he will one day.

Sorrell is very clever and ferociously driven. What drives him is power and control. He gets off on the thrill of acquisition. “Organic growth is better, but it’s too slow,” he says. He’s relentlessly restless to be bigger than big.

Sorrell’s WPP has already established Team Detroit, Team Mazda, Team Lincoln, and teams for MillerCoors and Bank of America, and News Corporation and Vodafone in the UK. On 6 September, WPP’s Red Fuse opened its doors just for Colgate-Palmolive.

“WPP is merging resources from across its premiere networks into one fully dedicated and exclusive team to help Colgate win on the ground,” said Red Fuse boss, Steve Forcione. No doubt you’ll do that, Sorrell. The problem is, how?

His bespoke agencies have control over their clients in a way that agencies haven’t for decades. Well done, Sorrell.

What happens to creativity when a bloke who doesn’t rate creative runs his whole show and a rather big chunk of the whole performance?

I guess we will all find out.