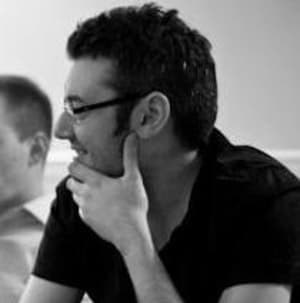 Last week the Sydney Morning Herald reported that a UK government expert on ‘nudge theory’ would be advising the Department of Premier and Cabinet of NSW. It’s an interesting development for anyone engaged in communications to change consumer behaviour (i.e. all of us).

Nudge theory derived from the 2008 book ‘Nudge’ by Richard Thaler and Cass Sunstein – American behavioural economists (and academics) who propose ‘libertarian paternalism’. They advocate encouraging citizens to make better life choices through framing the way they make those choices (‘choice architecture’). Putting fruit on the lower shelves in a cafeteria, as research identifies that people will more readily pick it up if it is closer to hand, for example.

Their ideas are now popular around the world, although to marketers many of these tricks are as old as the hills - seemingly because they are perceived as both cheaper and less politically risky than policy interventions like mass media campaigns. What is new about ‘nudging’ is using these techniques for ‘good’. Consequently, Sunstein now advises the Obama White House, and Thaler the Behavioural Insights Team for David Cameron’s UK government.

If you want to encourage some activity, make it easy
You can't make evidence-based policy decisions without evidence

Sound advice. To the second point, the evidence base for communications as a driver of changes in attitudes and behaviour over the last thirty years for issues such as road safety, smoking and sexual health is strong, both here and abroad (especially considering the billions of dollars promoting conflicting behaviours pumped into marketing each year).

As for making activity easy, communications can do a pretty good job of that too. Here at UM (in partnership with development company The Project Factory) we recently developed a stop smoking ‘My QuitBuddy’ app, to provide 24/7 support and enable the two-thirds of people who want to quit to do so more effectively (average quit rates without support are about 5%). Long term, this will go significantly further towards delivering successful quits than the equivalent spend on advertising, through helping smokers achieve their quitting goals.

This is a communications tool aimed at facilitating behaviour change – and not a nudge. Despite no above-the-line support, My QuitBuddy reached over 6,000 downloads in less than two weeks.

The majority of nudge success stories are short-term, often one-off decisions: joining a pension scheme; becoming an organ donor; donating to charity. It is in those cases where nudging can be most effective – for anything else, we should use the right tool for the job.