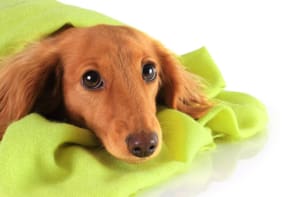 We have been investigating the essence of shareability in news content for just over a year. After collecting data on a lot of shared content, both within Ninemsn and from other publishers, we have developed certain rules of thumb for shareable content creation. We do not claim to have a single, consistent recipe for creating shareable content, nor do I think we ever will.

The importance of this investigation is difficult to exaggerate - already Ninemsn's main news site receives around 15% of its visitors direct from Facebook. We think that as social networks mature and proliferate, that percentage will grow. Knowing what kind of content people share and why is key to maximising our audience in a digital world where behaviour is so clearly changing.

At an abstract level, most individual pieces of successful digital news content have an internal contradiction - they are at the same time unexpected and familiar. Here I am not talking about presentation or the medium (words, pictures, video). I am talking about the substance of the stories.

This is the essence of "news": something that is not yet known to the audience, but something that can be understood and appreciated. For instance, in 2011 Osama bin Laden was an infamous figure and the audience was primed to appreciate new information about him. When he was killed the story was read and shared a lot. This was new information about a familiar figure.

It's an obvious point but an important one: new information is one of the chief ingredients of shareable content. Anyone setting out to create shareable content should ask themselves whether the audience already knows what they are about to say.

But there is a counterpoint. We call it "awe". It's a category of shareable content that lifts the spirit, that speaks to the aspirations of the audience. Again, new information is vital here, new information that expands the mental horizons of the sharer and the sharee. Stories of surprising scientific discoveries form part of "awe", but we have expanded our definition of to include heart-warmers such as the boy who made $11,000 selling lemonade for his father's cancer operation. "Awe" can also stretch to the recognition of mortality within a peer group (Adam Yauch's death) to insignificance in the face of natural splendour and power (tsunami before and after pictures).

Another common sharing subject involves animals. In particular dogs, and in particular dogs behaving like humans. If you want to be empirical about it, go out and find a dog that worries about his finances, longs for something he will never have, or drives a car. Then you will have sharing success. Animals doing unexpected and human-like things generally cannot miss.

We have also looked to the motivations of the sharer in developing guidelines for shareable content. We often find that the propagation of news to one's friends involves a element we call "norming": reinforcing group identity through appeals to shared values. This results in big sharing of content that is of interest to niche groups, such as World of Warcraft fans, pit bull dog owners and bicyclists. The bonus factor in these three examples is that you will also get sharing from those who vehemently oppose the group. Norming can work to encourage sharing from conflicted groups on the same piece of content.

We try to remain as far away from purely "descriptive" theories of sharing as we can, and focus on "predictive" tools that can actually help Ninemsn journalists create shareable content. To this end, we move beyond subject matter (niche issues, deviance, mortality) to the way stories are structured. One narrative technique we have observed at work in a sizeable group of highly-shared stories is "the reverse". You learn to recognise a reverse by the surprise generated: like an Oscar Wilde epigram, the strength of the story lies in its defiance of expectation.

Reverse stories include the obese woman who wants to become fatter, the snake that gave a frog a ride in the Queensland floods and the bride arrested at her wedding. If you are trying to recognise good reverse stories, think of what is usual or expected and find the opposite. Do that and you have a story that people want to hear, read or watch.

Arouse emotions too. Research has shown that people are more likely to share content if that content has caused them to feel strongly. It doesn't matter whether the emotion is positive or negative, what is important is the level of arousal. Sharing is generally an act and it requires the sharer to be in a sufficiently active state to locate and press a button.

I said at the beginning I don't think we will ever create a really detailed, systematic model for producing shareable content. This limitation is inherent in the work - what we are engaged in has always been a kind of arms race of novelty. As fast as we find new things to publish, the audience know and assimilate them into their world view, and come back craving more and fresher information. To successfully produce shareable content requires an intimate knowledge of what your audience knows, what they care about and the wider culture they inhabit. All of these things change, sometimes in the space of days. There is no short-cut to shareability, but if you bear in mind the concepts and techniques outlined above, you will be able to stay ahead of your competition.