OPINION: Has Animals Australia missed a trick over 'Lambnesia'? 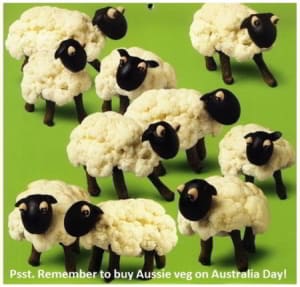 Has Animals Australia missed a trick in its riposte to Meat & Livestock Australia's 'Lambnesia' campaign?

That's true. The MLA exists to promote its members interests and selling more product is precisely the point of advertising.

The public knows this. So why not take a different tack, like a tie-up with Aussie fruit, veg and arable farmers associations to promote homegrown produce. That would also help address claims that meat-free diets in developed countries could be partially responsible for poorer nations going hungry.

To be fair, Animals Australia is about animal welfare, not promoting fruit and veg. But it hasn't ruled out tying up with Aussie growers in future. "Absolutely [we would consider it]. Australian farmers have a special place in people's hearts," communications director Lisa Chalk told AdNews. "There are lots of ways to support Australian farmers without forcing lamb down people's throats."

Agreed. So for next year, here are some tactical campaign ads knocked up in five minutes by AdNews creative wizards. Ok, so we're journalists, not art directors, but you get the idea...