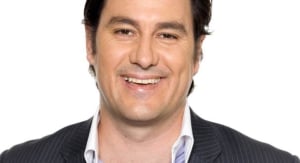 Was there ever a more wonderful story from the Bible than David versus Goliath? Sunday school never recovered from the moral high of the story about an evil giant slain by the little guy. A smart and plucky dude (an underdog) who through the use of a single minded strategy of speed and accuracy managed to fell the beast.

This Biblical blockbuster is one that all people can relate too on so many levels, so not surprisingly it is repeatedly used as fertile ground for businesses repositioning themselves in any market, as ultimately, everyone wants to be seen as David; Right?

And boy do we have an increasing level of self-promoting David’s out there at the moment, nauseatingly so. Slingshot and Multi Media are the two most recent incarnations of this pose leading a vitriolic charge against mythical giants of media doom as they lay claim as the last true David’s of media fighting the good fight.

Unfortunately for me they are pointing the finger in the wrong direction, because the economies of scale have moved on from big versus small, agile or Luddite. There is no longer a linear line between agility and size as the market has evolved in a more counter intuitive way, driven and enabled by data management.

In essence, in order to be David, to truly have time and procure his slingshot of strategic thinking, it really is a case of allowing the data to set you free to do it.

The reason for this change is driven out of pure market necessity. In today’s landscape it is the only way to get the most relevant information quickly in order to formulate and implement the right strategy for your client. As an FYI there are over 7,000 legitimate mediums in Australia which is up 30% in the last two years, and TV inventory alone is up 40% over the same period. Video consumption through mobile in the first quarter in 2011 was 20 minutes per person and by the last quarter of the same year it grew to 1 hour 20 minutes so the data keeps coming in, and it has to be processed in real time. I could go on and write down the laundry list but I think you get the point.

Without the infrastructure to deal with this you’re trapped and so are your staff. Worse still if you didn’t begin solving this years earlier recruiting the right talent and employing the best technology you simply cannot flick a switch today and fix it. So as the media data ball keeps rolling the exact thing you accuse the larger media houses of being is exactly what you yourselves are becoming. No wonder you want to believe it’s just about price.

Sadly for some of you it is no more complicated than being in an agency that has ignored the level of information now flooding in from a fragmenting traditional media set, and the new head that has re-grown in digital. Simple enough you would think, but you have to wonder lately at the rhetoric coming from a number people in media (big and small) which shows alarmingly how many just don’t get it. It is all starting to sound pretty weird and desperate too. Trawling through the trade press over the last 3 weeks (and I am quoting verbatim) any agency above the mid-level has been branded as an “industry killer”, “price mad”, ”a nose picking ogre” (OK that one’s not true) and of course the age-old favorite  “a sweatshop”.

The real truth in what they are saying very publicly is that the right level of "data" has increasingly become difficult for them to acquire, and for a lot of media agencies (big, medium, and small) it has become completely out of reach. That is the reality whether they choose to accept this fact or not.

So despite what you read our industry doesn’t have its very own Mayan media calendar in countdown and we are not an industry about to implode, but yes the model has changed. Those who refuse to recognize the ever growing importance of data are actually the one’s becoming redundant, and the ones most likely to reduce the quality of work being produced in our industry. This is because a well harnessed business of scale has evolved and embraced the David like mentality and approach so commonly attributed to the smaller operator. Over the years businesses like ours have taken stock, invested, and redefined culture adapting to market change, and while we are big, we have learnt to live and breathe small.

To truly be David you have to behave as the underdog, be nimble and quick, but above all you have to have granular precision to get it right. It just isn’t about being big or small anymore, it is about the ability to interpret and be agile to large swathes of data. In the end the real ogre or market goliath is the market itself, and this technological transformation is a beast that can only be tackled by being a market leader in data management. So if you want to be out there winning for both your clients and staff, your weapon of choice must be a well harnessed database that is filtering all the information in real time. Just throwing more people at an account or some antiquated principle of siloed specialists just misses the point, or if you like “the data”.