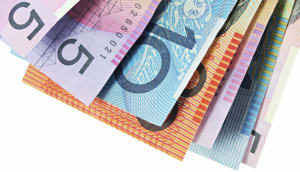 EXCLUSIVE: Steep agency discounting on remuneration deals is at its worst level ever and is so rife in large advertiser account reviews that the industry is on the cusp of a meltdown.

That’s the view from Simon Rutherford, the usually rather restrained founder of rising media independent Slingshot Media Ventures, who poured scorn this week on the “greed and ego” of media agency management.

Rutherford said the rot is so bad it is driving the industry “underground” to make profits from “hidden commissions, value banks, short buying and the like”.

In a blunt assessment on the state of the industry, Rutherford said media agencies are playing mindless games. “Media agencies playing this game need to remember there are no real winners in a price war,” Rutherford told AdNews.

“It’s time for people to decide what business they’re in. Are they champions for smart thinking, creating an industry to be proud of and getting paid fairly for ideas and services, or are they cynics in the media money laundering business sucking the lifeblood out of the industry?”

They’re fighting words, but Rutherford said pricetaking policies are at “alarming” levels. He said the industry is creating “media sweatshops”, that people are “being worked to the bone” and that the talent drought is at crisis levels because of the hours staff are having to work.

“I’ve been in the industry for 23 years and I’ve never seen it like this, ever,” Rutherford said. “The media industry is behaving like a self-harming teenager, making deep cuts for short-term gain and in the process causing irreparable damage.

"Driven by greed and ego, there’s an unhealthy practice of media agencies pitching their services for ridiculously low fees, no fees or in some cases media agencies offering to pay a client for their business to secure the volume of their spend.”

While he would not list names, Rutherford claimed small and medium-sized advertisers in larger media agencies are losing out because they’re subsidising a new business frenzy to win large blue-chip accounts.

He also said it is now biting media companies hard.

“Media owners are the ones that get completely shafted, bullied into providing extra commissions or rates well below market so that the agency can get to their promises,” he said. “Then they get forced to do the agency’s thinking for them – often with an ordinary brief and lack of direction – and they have the privilege of paying for it. Is it really that hard to be positive?”

Marketers also needed to take responsibility for exploiting short-term, unsustainable cost savings on their accounts, Rutherford said. The quality of advice and talent servicing their businesses was already eroding. “You get what you pay for. There are a lot of clients in those big agencies that are getting just that and are not happy. Plenty of them are unhappy because they’ve got 20-year-olds fronting up to meetings telling them how to spend their money,” he said.

“Those same 20-year-olds are sending briefs to media owners without being able to answer the most basic questions they’re asked by media about what the objectives are. They don’t have the capabilities or skills to ask the right questions or get to the heart of the brief. Those smaller clients are being disadvantaged because senior people in the agency are running the much larger accounts.”

Rutherford also lashed out at the account review process, calling for yet another attempt by all parts of the industry to put some protocols around the pitching process. “Pitching is a joke. It’s fine for the AANA [Australian Association of National Advertisers] to want more transparency around agency fees but let’s start putting some processes around pitching,” he said. “Clients should be paying pitch fees or reducing the expectations they have of an agency during a pitch process. It’s going to need some give and take on both sides.”

To reverse the industry’s current malaise, Rutherford said agencies have to resist competitive and client pressures on discounting. “The only way to break the cycle is if the heads of agencies recognise the failing and are prepared to say no,” he said. “You’ve got to have the balls to say no. But the real challenge is, because it’s gone so far, how do they unravel what they’ve created over the past 18 months?”

This article first appeared in the 20 April 2012 edition of AdNews. Click here to subscribe for more news, features and opinion.