OPINION: Are you working just to get a gong? 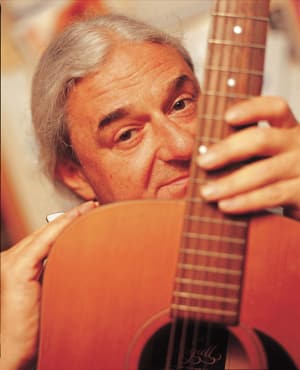 We all like awards. They reassure us personally and they prove to our colleagues and clients that we have the creative whiz to whip up a flurry of crisp, brilliant ideas.

I love the fact that DDB Sydney picked up the Grand Prix for print at the Spikes in Singapore for its VW print ads showing rather scary parking spots – bikies to the left and the fuzz to the right – answered immediately by V-dub’s park-assist feature. I think the creative strategy is bloody brilliant. No car shown, but rather, showing the problem the car solves. It hits the fear and relief buttons simultaneously.

Sticking with this year’s Spikes there are a couple of other Australian campaigns, also Grand Prix winners in their categories, like Clemenger BBDO Melbourne's 'Break Up' campaign for NAB and Host Sydney's dazzling and bold ‘Kiwi Sceptics’ docu-dramas with a marketing twist for Air New Zealand. If you haven’t seen these, then that’s what YouTube is for!

Why do I like this work winning awards? Let me explain.

In the mid-80s – 1980s, that is – the way awards were judged and awarded was vastly different from today. Prior to around 1985, awards were given in every category and the best work won (sometimes not brilliant work, but the best of what was entered). It worked like a beauty contest.

In the mid-80s the industry started believing its own publicity and after thousands of dollars were invested in the entrance fees many of the awards were not given because the work was considered not good enough. The rationale behind this was that by not giving out awards to less than genius work the industry would be forced to improve its overall quality.

The scam ad was born, caused its furore for almost two decades, and almost destroyed client faith in our integrity. I used to tell who ever would listen that the best award you can win is another job from the same client, so ashamed was I of the industry and the glittering few who could cause a stir. Thankfully it seems those days are gone and you’ll now find the scam ad's gravestone on some chilled, windswept rocky outcrop somewhere. The scam ad is deceased.

Now the current award shows are awarding real work for what it is – great work.

But to my other point – doing brilliant work is about brilliant creative strategy. It’s not about the crafting of the ads, but rather the essence of the creative leap embedded in the final ideas.

The majority real work done every day in agencies across the world is mundane, lifeless stuff that is a product of creatives trying to write ads first and maybe think later. Or worse, trying to get clients who just want something quite straight to approve ‘creative’ ads – we still see too much rubbish.

The best creatives sit around and think for a living, they live for the thrill of solving the problem – not with a snappy headline or an over-retouched visual, but with a real, honest and rational concept that ticks all the boxes of cultural and social connections, offering solutions to people (even sometimes concocted solutions) and never, ever being boring.

These gong-scoring creatives winning awards now are doing just that: making ads with strong ideas that are not just clever, but create new conversations with their audience.