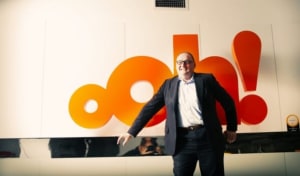 Following the cancellation of the APN Outdoor and Ooh!Media merger, Ooh!Media CEO Brendon Cook reiterated the company’s commitment to driving innovation in the outdoor industry.

Speaking to AdNews on an analyst call today, Ooh!Media CEO Brendon Cook said the company would remain dedicated to innovation despite giving up on the merger.

“Our strategy from 2012 has been all about innovation, everything were doing is about innovation and innovation investment. Our goal was to be what we are, which is a new media technology and data company nothings changed,” says Cook.

“The scale [of the merged company] would’ve allowed us to accelerate that approach and to invest even more, but we'll still be investing as much as we can to ensure we deliver the business model we’ve been working to,” he added.

Cook also said Ooh! would remain committed to data investment, and was confident about Ooh! as a “media and technology out-of-home (OOH) company”.

When asked if Ooh! would stay in acquisition mode in the sector, Cook said the company has a “pipeline of opportunities” it's still working through.

“The investment in our data play and systems play was already designed to deliver positive results in 2018."

Cook stated he was “thoroughly disappointed” with the approach taken by ACCC and also called the ACCC's position “surprisingly adverse” and argued it does not reflect the current media market.

Cook reaffirmed his view advertisers and the outdoor industry “would only benefit” from the merger and suggested the merger would negatively impact innovation were “preposterous”.

“In light of the massive growth by Google and Facebook we know you must remain current in the way we innovate and the way you approach media reinvention, so we don’t agree with the ACCC position,” Cook said.

When asked how much distraction the process caused to Ooh! and APN Outdoor's businesses, Cook said Ooh! had done “very well at isolating” it from the day-to-day business and is “confident” the core business wasn’t distracted. He also said it was still adding up the cost of the proceedings.

Despite the initial announcement APN Outdoor CEO Richard Herring would step aside if the merger went ahead, APN Outdoor has confirmed Herring will remain CEO for the foreseeable future.

A senior media executive suggests that it’s probably a good thing for the market that the merger is off the table.

“It would have meant​ one extremely dominant player. When you have one super dominant player they can hold the rest of the market to ransom.” the executive said.

For Goa CEO Chris Tyquin, the move was unsurprising.

“As outlined in ACCC, the combined merger would control over 90% of billboard inventories in Sydney and Melbourne and I estimate over 65% of all board inventory in QLD. Those two things combined would represent a very serious threat to our business both in sales and growth,” he said.

On the call, Cook suggested the combined entity was always only “going to be around 50% of the market" and "anyone who suggests anything different is inaccurate”.

A senior executive in the industry called the merger a distraction and added they were “happy” it has been resolved.