Online streaming is about consumers, rather than reach rules 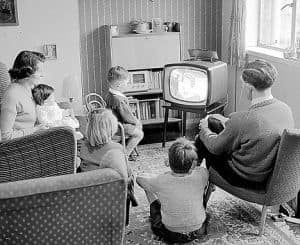 TV networks have been accused of trying to push the boundaries on the government's media “reach rules” by introducing greater online streaming, however Steve Allen, managing director of Fusion Strategy, reckons the move towards streaming is more about the consumer rather than trying to get around the media laws.

Allen told AdNews that with Seven pushing play on 24-hour streaming as of next week, and rumours are rife that Channel Nine is expected to follow. The move from the TV networks is simply focusing on how consumers want to consume content.

“I don't think it's particularly driven by getting around the reach rules, but more a reflection of how many people own a tablet and how many people have access to or own a smartphone; with these modern devices, streaming is just a natural part of it,” Allen said.

The Australian Financial Review reported this morning that Nine is set to follow in Seven’s streaming footsteps when it holds its upfronts on Wednesday, and when regional TV bosses heard the news they reinvigorated their calls to get media reform back on the government's agenda.

Andrew Lancaster, chief executive of Nine's regional affiliate, WIN Corporation, told The AFR: "It makes no sense that regional broadcasters are constrained by the reach rule while metro broadcasters are free to stream their channels across regional Australia. The legislation needs to enter the same century as the technology."

Allen noted that while it could be viewed as a way that networks are trying to get around the reach rules, he said that it's more about stations getting with the times where they were once accused of being unresponsive.

“It has been said over many decades that television networks are lazy and they're impervious to consumer desire. Maybe they were back then, we've never shared that view, but you can't say that now,” he said.

“They're adopting incredibly quickly on all kind of fronts, more so than anywhere else in the world.”

When asked if television's forward-looking propositions may force the government's hand in updating the media laws Allen said: “Because of Turnbull's background and his interest, he knows this topic backwards."

"As we've said before, our own perspective on the government priorities, deregulation of this industry is a fair way down on the order.

"We wouldn't be expending much energy and political capital being expended on changing the media laws, there are much bigger challenges facing this government and the Australian nation," he added.

“Although, it's good for any media organisations anywhere that really pushes the envelope."

In Ten's full year results announcement, CEO Paul Anderson noted that while it has the capability to live stream already, it will continue to be selective on what content it makes available as a live stream.