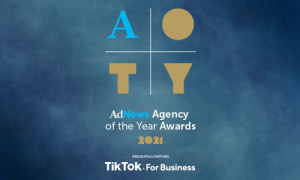 There is only one week left to enter AdNews Agency of the Year Awards and the Top 20 Emerging Leaders of 2021.

Entries for both programs will close at 4pm on Wednesday 28 July, 2021. This year’s awards will take submissions from 1 January 2020 to 30 June 2021 unless specified otherwise.

The AdNews Agency of the Year Awards will be held on 28 October, 2021 from 1pm at The Ivy Grand Ballroom and followed by an after party at The Ivy Pool Bar.

AdNews has introduced several new awards including The Diversity Award and The Game Changer Award.

The Diversity Award recognises company and/or agency initiatives to promote diversity within their own business and/or the broader industry. It celebrates those ideas and programs that are making a true difference in enhancing adland to become a more diverse and inclusive industry to work in.

The Game Changer Award recognises innovations and ideas that change the game. A Game Changer could be a piece of disruptive technology, a new advertising format, creative storytelling, an inspirational idea or product launch which has reinvented a client’s business, or an innovative communications strategy that redefined and solved a tricky business challenge.

The entry kit for the awards can be downloaded here.

The cost per entry for each award is $395 plus GST, except for the Emerging Leader of the Year which is $75 plus GST per entry.

The Top 20 Emerging Leaders will be revealed in the September/October edition of AdNews with the winner announced at the AdNews Agency of the Year Awards.

The winner of the Emerging Leader award will receive a year's subscription to AdNews, two tickets to an AdNews Live of their choice and an executive coaching program of six coaching sessions from The Transition Coach, with an opportunity to work on their professional goals and leadership development.

Judging for the programs will take place in August with finalists for the awards announced in September.

Check out last year's winners here and the Top 20 Emerging Leaders of 2020 here.

For more information on the awards visit here. All entries can be made here.