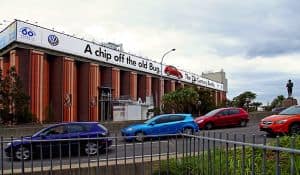 The Outdoor Media Association (OMA) has warned that the Draft Development Control Plan (DCP) into Signs and Advertisements, by Sydney City Council, could result in “outdated and unchanging signage, out of touch with Sydney's status as a modern city”.

The comments were made as part of the OMA's consolidated, industry-wide assessment of the proposal, which outlines changes to current planning control which were set out in the DCP of 2012.

While the OMA notes that it welcomes the opportunity to formally recognise the contribution of outdoor advertising in Sydney, it draws out several areas of concern, noting “the proposed DCP 2015 cannot be supported by the OMA in its current form”.

It said: “Many of the provisions are overly complicated and outside the scope of a DCP, the purpose of which is to 'provide guidance of development' and 'facilitate development'.”

Chief among concern is the imposition of a blanket 30% reduction in signage size when replacing or converting an electronic advertising structure.

The OMA's submission states: “The most common standard electronic billboard size is the 'supersite' at appropriately 42m sq and is consistent with the standard static billboard size. If converting from static to electronic content, a reduction of 30% would inhibit the ability for any standard 'supersite' signs to replace existing static signs.

“Considering the average lifespan for a digital sign is five to 10 years, this clause will lead to third party signage around the city reducing in size until it disappears.”

Other issues the OMA found in the draft DCP include proposed dwell times of 45 seconds for signs, the illumination requirements and a necessity for cross-fade transitions between advertisements, all of which the OMA claims contravene existing provisions, including the NSW draft Transport Corridor Outdoor Advertising and Signage Guidelines.

“The OMA … finds that the proposed development controls are, in part, inconsistent with higher planning instruments and policies, do not reflect best practice in terms of safety or visual amenity and do not adequately respond to emerging technology and industry aspirations, nor do they incorporate flexibility to respond as streetscapes and precincts change,” the submission states.

In addition, the OMA finds issue with the addition of the objective to “restrict the establishment of new third-party advertising structures”. The OMA said that “no sound reasoning has been provided as to why this has been involved” and proposes instead that the city work on “enabling” objectives.

In a statement, the OMA told AdNews it is confident about working with the City of Sydney to find a mutually beneficial solution.

“The OMA believes that a more flexible DCP will strengthen Sydney's economy by supporting our $602 million – and growing – industry,” the OMA said.

“We are confident that with some key changes, these guidelines will help bring about the Council's vision for a globally competitive, innovative, vibrant, lively, engaging, cultural and creative Sydney, while allowing the city's economy to continue to grow.”

Speaking to AdNews prior to the submission release, APN Outdoor CEO Richard Herring said the proposed DCP is a positive step which will “bring the city of Sydney in line with Australia’s and the world’s leading cities”, adding that the regulation needed to “strike the right balance.

“The overall intent of the DCP may be positive, but negatives will arise if it creates further or duplicated regulatory hurdles which are unnecessary or overly complex. The primary challenge is to achieve homogenised regulatory controls, at both state and local government level.”

The open submission period into the proposal was extended at the request of industry stakeholders, but concluded last month. Submissions are now under review with the project team to report back on key outcomes ahead of a final report.